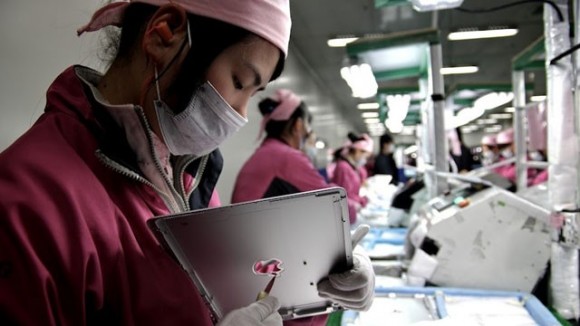 Rumours of a larger-screen iPad surfaced earlier this year, and if the rumour mill is correct, Apple has already chosen the company responsible for the mass production of the device.

The 12.9-inch iPad will be mass produced by Quanta Computer, according to Digitimes‘ sources, but the company needs to bypass several challenges related to the industrial design and assembly when making the iPad Pro, or whatever its name will be.

Quanta is expected to encounter several challenges in terms of industrial design and assembly when making the large-size iPad. And since the size is not the mainstream specification, order volumes are expected to be limited, the sources said.

A bigger screen could make sense, say the sources, as it will target education and enterprise markets. You may recall that the Wall Street Journal dropped the bombshell earlier this year about a possible larger-screen tablet.

Since then, a couple of reports have mentioned that device, alongside rumours of a bigger-screen iPhone.

But while we are waiting for the 12.9-inch iPad, Digitimes‘ sources have learned that the highly anticipated wearable computer, the iWatch, is in the works, and that component makers have already started the pilot production. Unfortunately, however, the possible launch date was postponed once again from the first quarter to the second quarter of 2014.