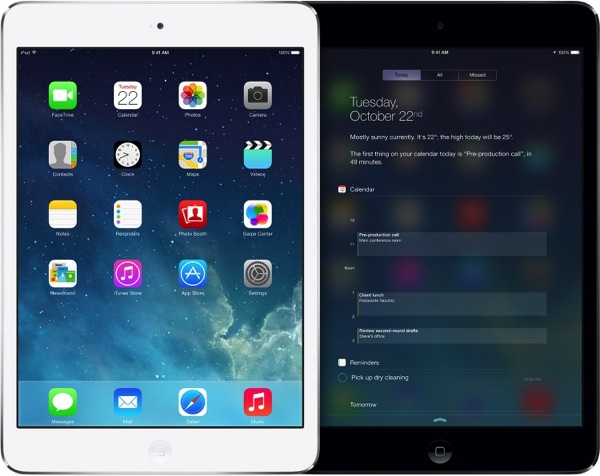 Earlier this month, AnandTech’s tests found out that the new iPad Air’s battery lasts 24 hours as LTE hotspot due to its much lower platform power, thanks to Apple’s energy efficient A7 SoC. Today, they’ve put an LTE iPad Mini with Retina display to test, revealing that its battery lasts almost 19 hours as an LTE hotspot, only 5 hours less than its larger sibling.

“I’m running the same test I ran on the iPad Air: a 100KB/s constant download from a laptop tethered over WiFi to the iPad mini. The mini’s display is off and no background syncing is taking place, making this a test of AP and modem efficiency, as well as battery capacity.”

AnandTech notes that the AP and modem on the Retina iPad Mini are more or less identical to the iPad Air. The big difference here however is the battery capacity. The new mini has a 23.8Wh battery compared to 32.5Wh for the iPad Air.

“With 73% of the battery capacity and similar hardware, I’d expect the mini to deliver about 73% of the LTE hotspot battery life of the iPad Air.” 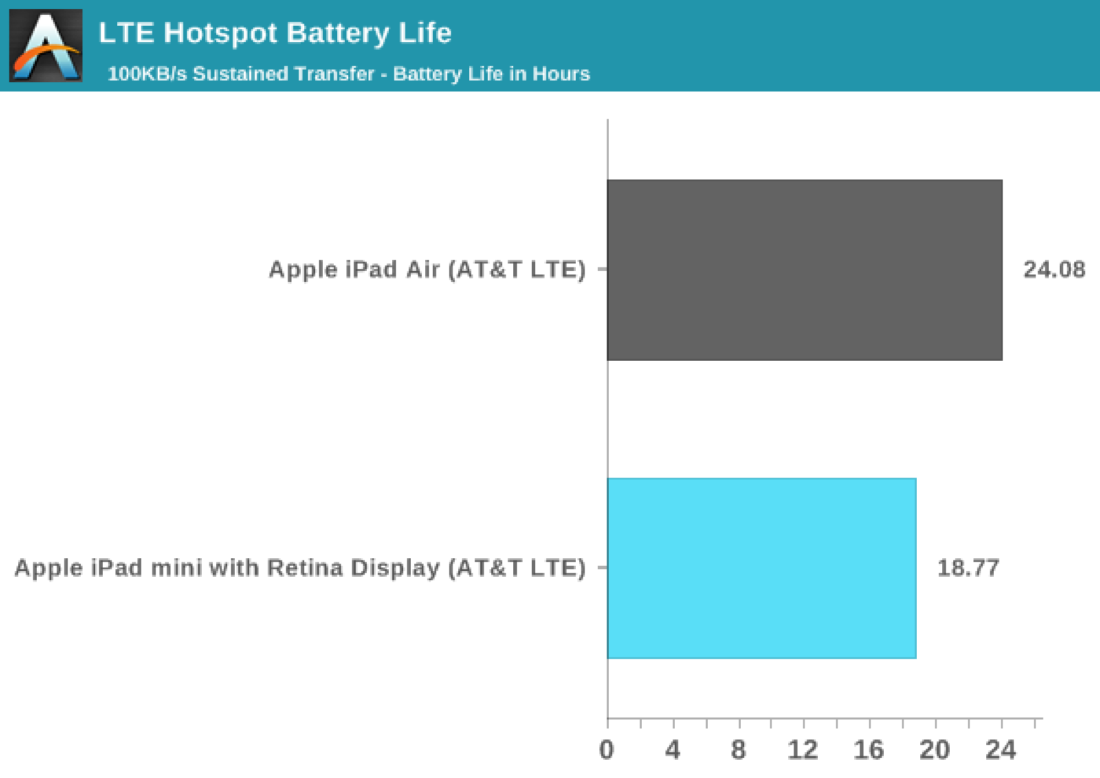 At the end of the test, the iPad Mini with Retina display managed to last 18.77 hours on a single charge, making it another formidable option as an LTE hotspot.