Alongside Apple Watch pre-orders, Apple has started accepted orders for the all-new 12-inch Retina MacBook unveiled at its March “Spring Forward” event. The reviews have praised the new MacBook as a powerful bet on the future of laptops in terms of design and portability. It certain looks stunning from the outside, but what’s inside? iFixit has the answers.

The first surprise came right at the start: iFixit found a battery connector hidden in the lower case. For the first time in a laptop, Apple has hidden the battery connector under the logic board, in a similar way to what you see in the iPad. 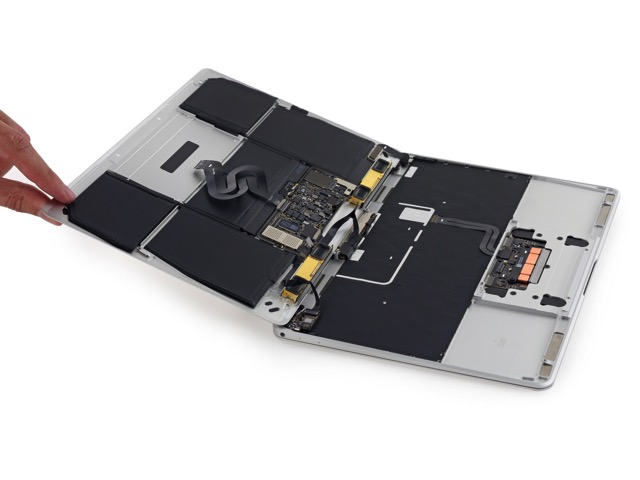 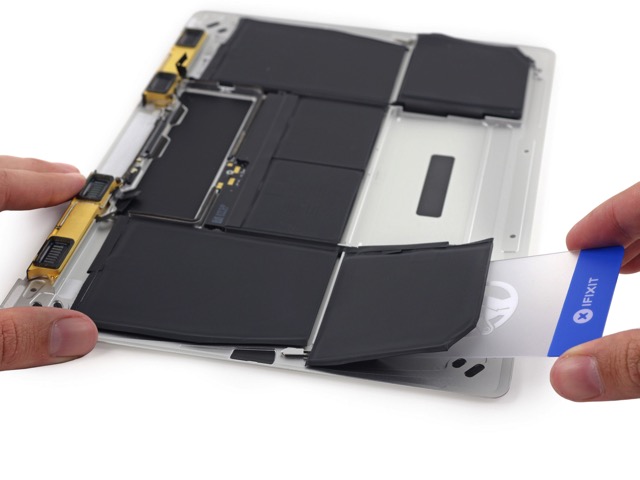 Apple claims it used the extra space gained in the laptop to install batteries to get the all-day battery life. As it turns out, the batteries are glued down and they are particularly challenging to remove and, of course, replace. According to the specs, the 7.55 V, 39.71 Wh, 5263 mAh battery used with the 12-inch MacBook is “just a hair more” than what you get from this year’s 5100 mAh 11-inch MacBook Air battery.

iFixit gave a repairability score of 1 out of 10 (10 is the easiest to repair) for multiple reasons: Apple uses proprietary pentalobe screws to make opening the device difficult; the USB-C port is secured by tri-wind screws buried under the display brackets, which complicates replacement; the battery is glued; the Retina display is a fused unit with no protective glass; and the processor, RAM, and flash memory are soldered to the logic board.