If you didn’t manage to get the Apple Watch you wanted to arrive on the April 24 launch day, drown your sorrows by placing an order for the new 12-inch Retina MacBook, as sales have launched online, starting at $1549 CAD. 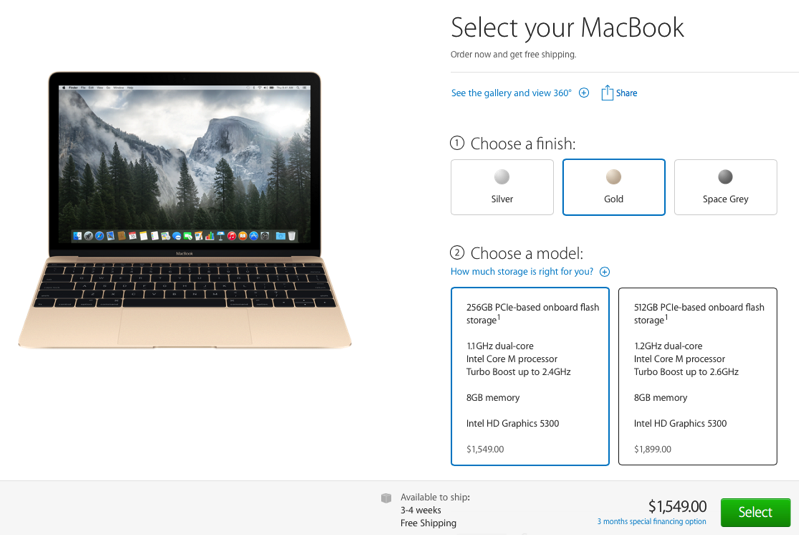 As of writing, looks like you’ll be waiting again, as the ‘Available to ship’ estimate is already at 3-4 weeks. Press reviews published earlier on the web today praised the new MacBook’s design and portability, noting the device seemed like a notebook from the future.

Let us know if you’re ordering a new MacBook and when your ship date is!