What’s New in Version 1.3
AirPort Utility 1.3 allows you to configure and manage the new AirPort Extreme and AirPort Time Capsule with 802.11ac Wi-Fi. 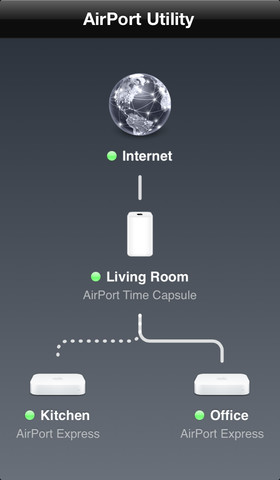 About AirPort Utility 6.3 for Mac

Click here to download AirPort Utility for iOS. You can find the OS X update within the Mac App Store under the Updates tab.