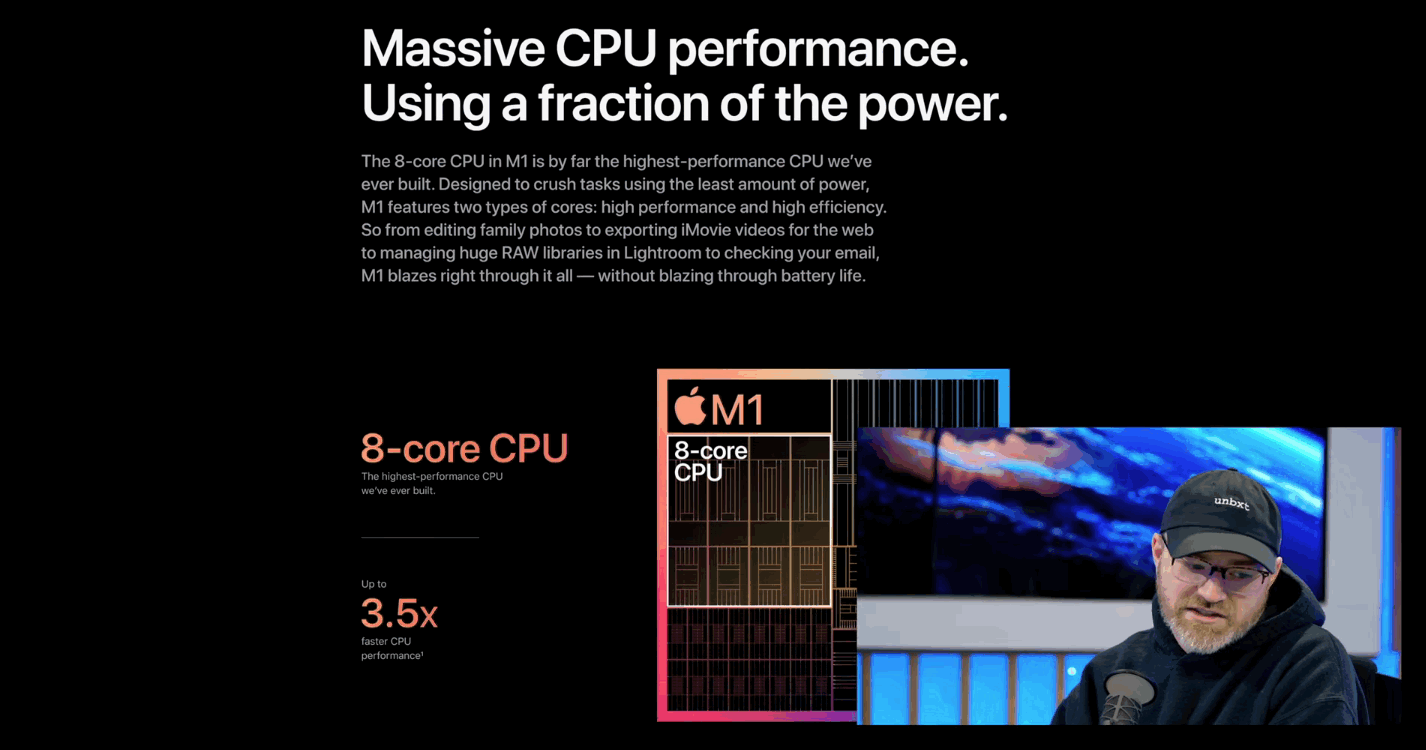 In a clip from a recent episode of ‘Lew Later’ on YouTube, ‘Unbox Therapy’ host and Canadian creator Lewis Hilsenteger talks about Apple’s M1-powered 2020 MacBook Air and why it is all you’ll need.

The M1 MacBook Air has made for some unbelievable benchmarks, including being the fastest Mac ever in terms of single-core performance. The latest MacBook Air also blows its predecessor, the 2019 MacBook Air, right out of the water and even has an SSD that’s 2X faster by comparison.

Apple Silicon allows the MacBook Air to provide up to 18 hours of battery life, and it runs surprisingly cool despite not having a fan like the 2020 MacBook Pro.

“Really one of the only advantages that the Pro model gets is a slightly better battery,” said Hilsenteger about the 2020 MacBook Pro. That’s actually quite accurate; pretty much all the MacBook Pro has going for it is that it’s bigger — a bigger battery, bigger screen, bigger keyboard, bigger trackpad, and so on.

The M1 MacBook Air not only holds its own against the M1 MacBook Pro in terms of sheer performance and computational capabilities but also manages to outperform its older sibling in some areas.

“They [Apple] are overdelivering, in my estimation,” said Hilsenteger, noting that it is not like Apple to pack this hard a punch at a price point that’s actually $100 CAD cheaper than the base iPhone 12 Pro.

You can click here to buy the M1 MacBook Air from Apple.ca today.