‘Jobs’ Biopic to Hit Theaters in US on August 16 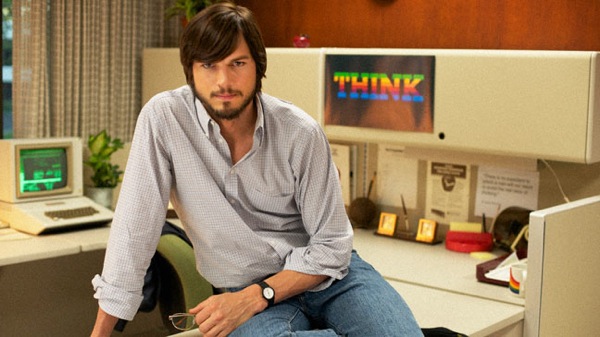 The Jobs biopic featuring Ashton Kutcher as Steve Jobs and Josh Gad as Steve Wozniak will hit US theaters nationwide on August 16, TheWrap reports (via MacRumors). Those attending the Sundance Music Festival in January have had the chance to watch the movie, which earned mixed reviews.

Jobs aims to present the life of the former Apple co-founder capturing the period between 1971 and 2001. It is one of the several movies inspired by Steve Jobs’ life.

Originally scheduled for release on April 19, “Jobs” will now open against Universal’s “Kick-Ass 2,” Relativity’s “Paranoia” and the Weinstein Company’s historical drama “The Butler.”

Five Star Institute’s Mark Hulme financed and produced the movie, which Open Road acquired in a service release deal prior to this year’s Sundance Film Festival, where “Jobs” was the closing night film. Both sides decided to wait and create proper buzz before releasing “Jobs” rather than rush the movie out so soon after Sundance.

By opening after most summer blockbusters (Sony’s “Elysium” is the last major title on Aug. 9) rather than mid-April, “Jobs” now stands a better chance to succeed and distinguish itself in the marketplace.

In April Funny of Die released iSteve, which supposed to be a rather inaccurate comedy film starring Justing Long, the actor who played in Mac guy in Apple’s “Mac vs. PC” ad campaign.

There is another movie in the works based on the official Steve Jobs biography signed by Walter Isaacson. The script was written by Aaron Sorkin.