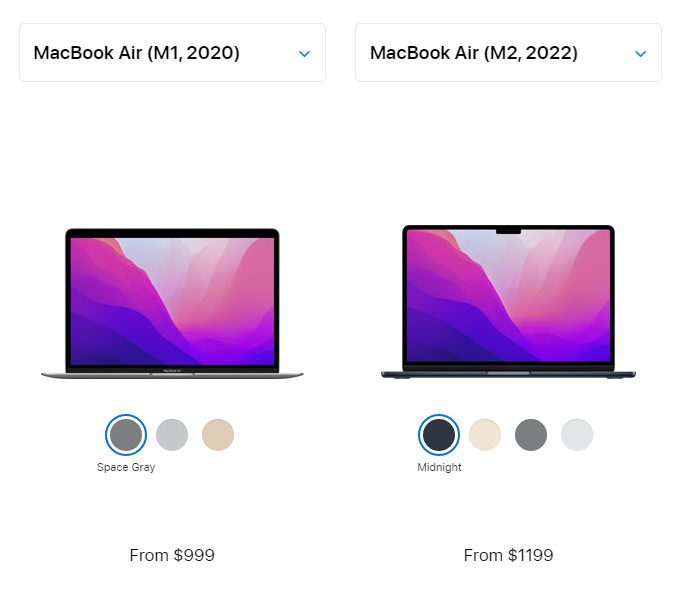 The 2022 MacBook Air features an ever so slightly larger screen with significantly better display technology in a refreshed chassis that does away with its predecessor’s wedge-like design for a flatter, squared-off aesthetic resembling that of Apple’s more powerful MacBook Pros.

This year’s MacBook Air still retains the same fanless cooling solution for whisper quiet operation, though. In addition, the new M2 chip under the hood takes the breakthrough performance and capabilities of M1 even further.

But does the M2 MacBook Air offer a big enough uplift to warrant an upgrade from the 2020 model?

The 2020 MacBook Air is powered by Apple’s M1 processor, the company’s first in-house chipset, with eight CPU cores. With this year’s model, you get the first member of Apple’s next lineup of custom silicon, the M2. 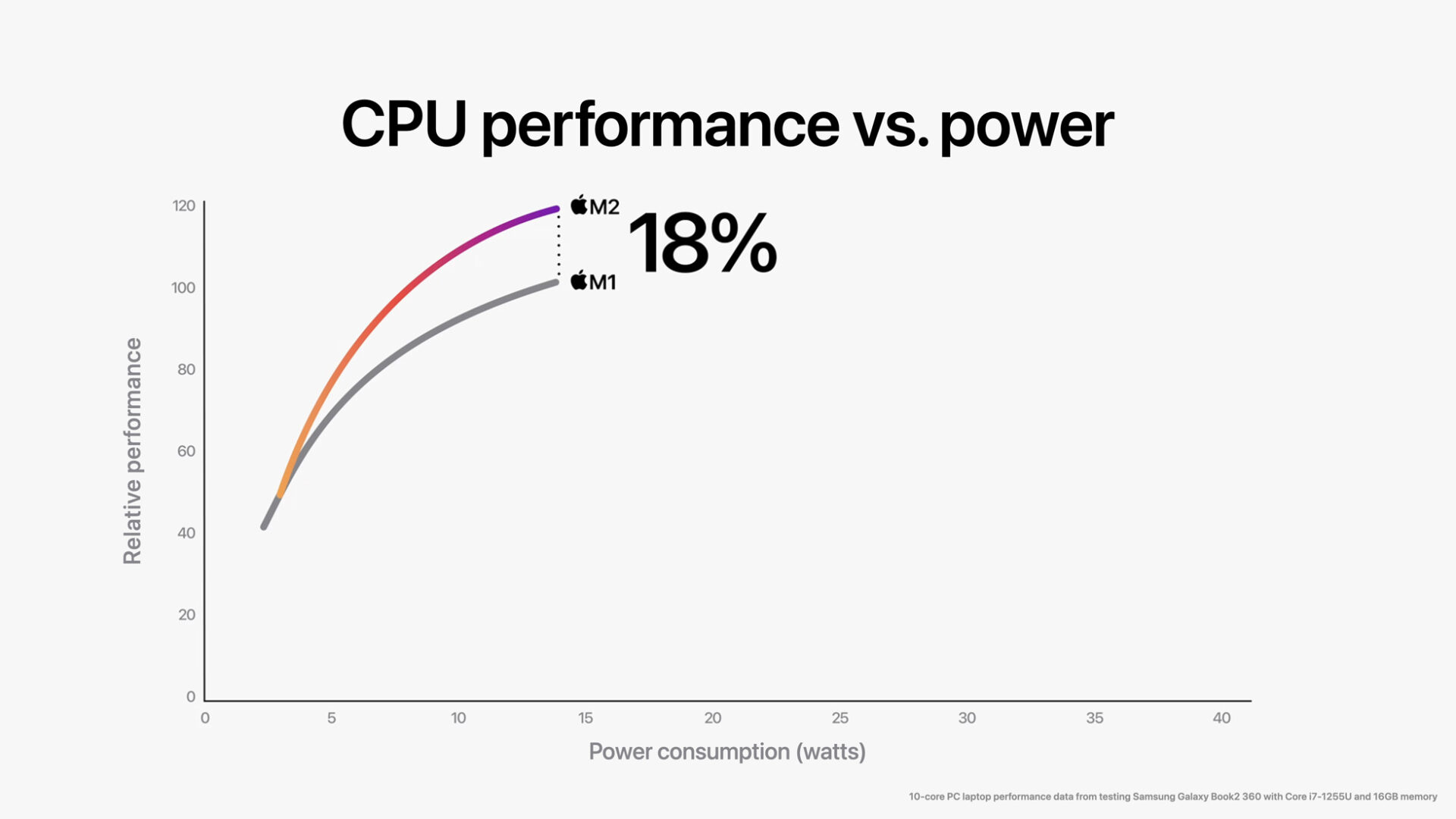 While the M2 chip has the same four performance cores and four efficiency cores for a total of eight cores as its predecessor, it delivers 18% faster CPU performance while maintaining the same peak power envelope.

The M1 MacBook Air came with a respectable seven-core GPU for graphics rendering, but its successor can be configured with up to 10 GPU cores. 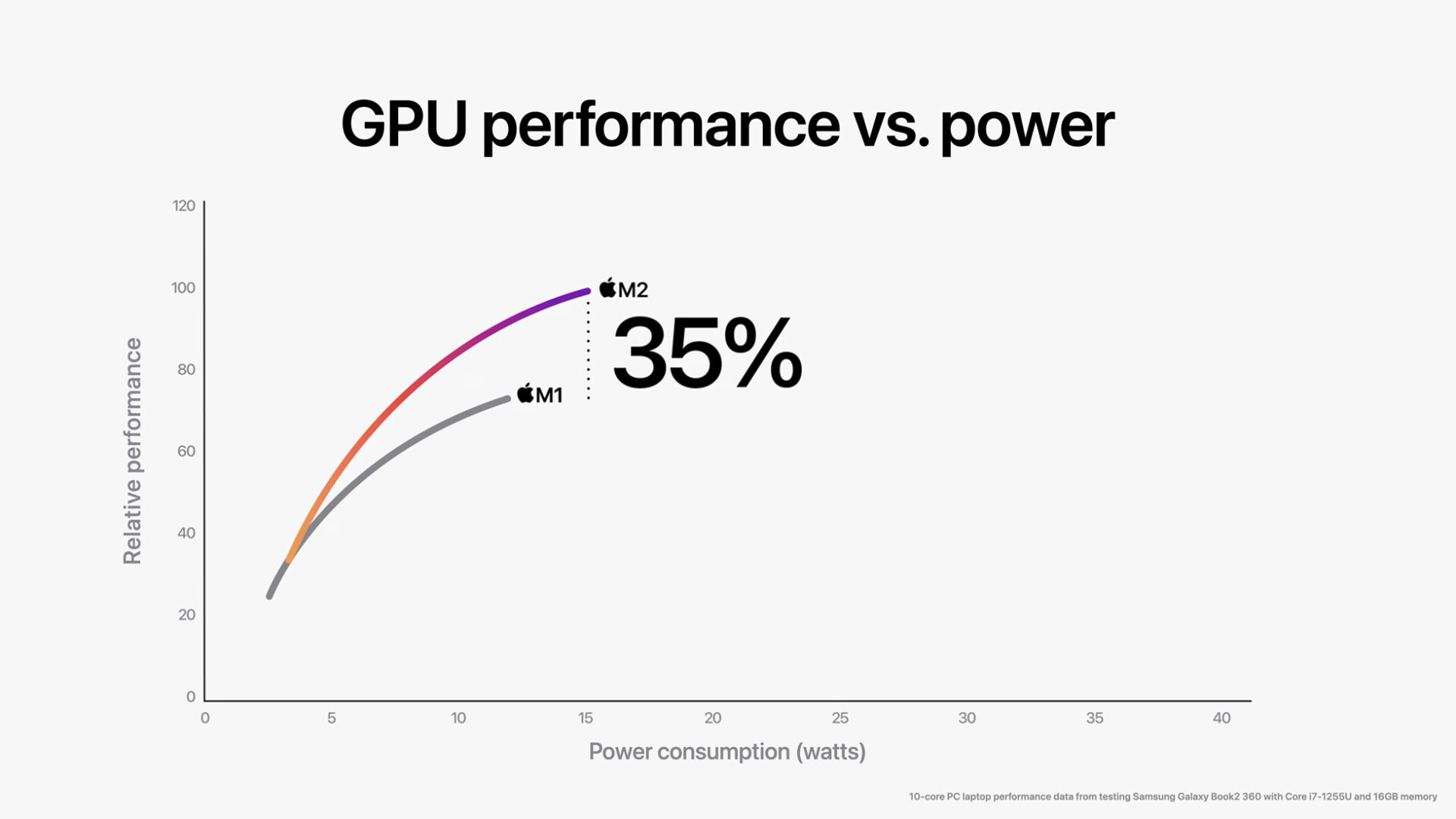 In terms of graphics processing, this year’s model offers 35% more performance as compared to the 2020 MacBook Air thanks to the new M2 chip.

This year’s MacBook Air gets a bump in the display department, both in size and technology. The M2 MacBook Air boasts a 13.6-inch Liquid Retina display with a 2560×1664 resolution and 500 nits brightness.

Apple’s newest MacBook Air did, however, gain a rather controversial feature: a notch at the top of the display, which is shared by the 2021 MacBook Pro models.

Both MacBook Air models max out at 2TB of high-speed, built-in storage.

Apple rates both the M1 and M2 MacBook Air models for up to 15 hours of web browsing over a wireless network or up to 18 hours of Apple TV playback. The 2020 model has an integrated 49.9Wh battery, while its successor carries a 52.6Wh pack.

This year’s MacBook Air comes with an upgraded 1080p FaceTime HD camera, as opposed to the 720p snapper on the 2020 iteration.

Where the M1 MacBook Air features a rather simple stereo speaker setup with support for Dolby Atmos playback, the M2 MacBook Air ups the ante to a new four-speaker sound system that supports Spatial Audio.

Both MacBook Airs are fitted with a 3.5 mm headphone jack, but the one on this year’s model has advanced support for high-impedance headphones.

Apple has kept I/O pretty simple on both models, with two Thunderbolt/USB 4 ports. Both MacBooks also have Touch ID.

The M1 MacBook Air remains more than a viable machine for anything and everything you would use a MacBook Air for. That said, the new silicon inside the 2022 MacBook Air is certainly enticing for early adopters and also offers a decent bump in performance.

What’s more, the M2 MacBook Air‘s new Liquid Retina display is a significant step up, and MagSafe charging also makes a comeback on this year’s model. For people who already have an M1 MacBook Air but could use a better display and some more performance out of a still-fanless MacBook, the M2 MacBook Air is an upgrade to consider.

If you’re in the market for a new MacBook Air right now, however, the new M2 model definitely looks like it’s worth the extra $200. You may want to wait until back-to-school promos slated for summer to get some extras from your future Mac purchase.

The all-new 2022 M2 MacBook Air will be available on apple.ca and will begin arriving at select Apple Store locations and Apple Authorized Resellers next month.