The company’s refurbished store does not have a sidebar title listing for the 12-inch MacBook yet, but they are available now on a dedicated page, as spotted by a MacRumors reader.

The Canadian page lists four different configurations available, starting at $1309 CAD (in the U.S. it’s starting at $1099) for entry models, saving customers 15% versus new prices. There are only Silver and Gold editions available for now, with hopefully Space Grey making an appearance in the future. 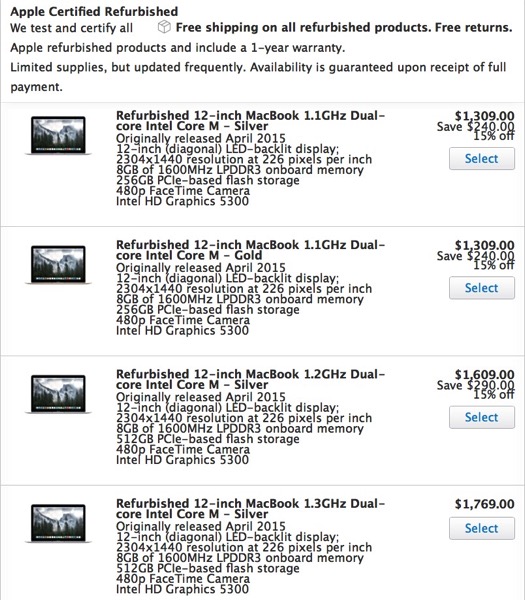 With App Store prices recently increasing to reflect the lower Canadian dollar, many suspect adjustments will soon arrive for hardware as well. If we were to convert the $1099 USD refurbished price to CAD using today’s exchange rate, it would be more expensive at $1555. Just food for thought…

If you’ve been waiting to jump on the 12-inch MacBook, now’s your chance to nab a refurbished model while they’re still available. All refurbished Macs come with 1-year warranties and are usually in limited supply.