The Studio Display’s power cable can be removed, but you’ll need to apply a lot of force. 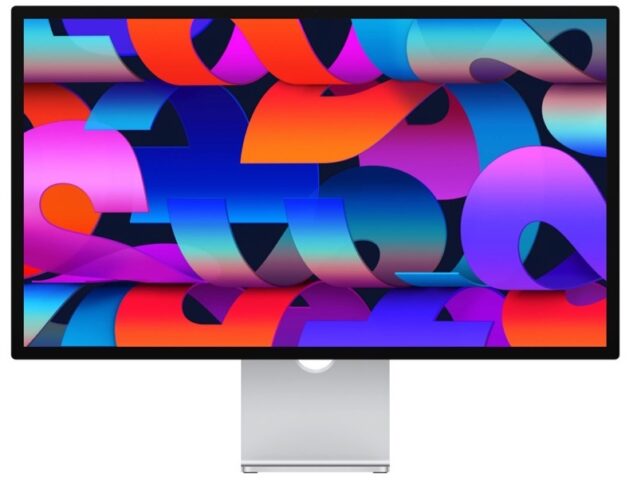 Apple didn’t say a whole lot about the Studio Display and its power cord during its announcement a couple of weeks ago, but its website does mention that it isn’t designed to be removed. That doesn’t mean that it can’t be removed, of course, and some reviewers have already found that it can be pulled out if enough force is applied.

The design is a departure from the norm for Apple, as most of its Mac-related hardware uses removable power connectors. The similarly-styled 24-inch iMac uses a magnetic connection at the same spot that the power connects in the Studio Display, but here it is fixed in place.

Those working in Apple Stores might have reason to remove the cord more than others, and it turns out that they have a special tool just for that situation.

This weekend, @StellaFudge shared a picture of what is allegedly an Apple Studio Display Power Cable Removal Tool. Technicians essentially wrap the power cord around the tool and pull. It might not be magical, but it’s definitely practical.

Workers at Apple Stores or Authorized Service Providers will likely be able to change which stand is attached to the Studio Display, according to a new MacRumors report, which cites internal Apple documents.

This is despite a warning on Apple’s “Buy Apple Studio Display” page, which says that you have to choose a stand at the time of purchase, as they’re “built-in” and “not interchangeable.”

Apple provides three different stand options for the Studio Display. You can get either the standard stand with tilt adjustments or the VESA adapter for attaching the monitor to third-party arms without paying anything extra. If you want a height-adjustable stand from Apple, it’s a $400 USD upgrade.

Apple says you have to decide at the time you’re buying the monitor — though the MacRumors report implies that you’ll be able to pay to change stands later on if you change your mind or get a different desk setup.