Could Facebook Be Using Its #10YearChallenge Meme to Refine Facial Recognition Algorithms?

Facebook’s #10YearChallenge that has been extremely popular over the last few days could actually be a viral ploy to get users to categorize data showing how their facial features changed over ten years. 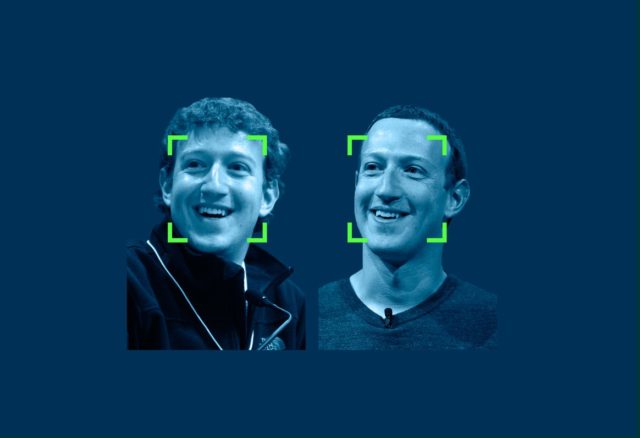 While it may seem like a harmless meme, it’s quite possible that to companies like Facebook this is a goldmine of data. With everyone working of facial recognition software and training artificial intelligence (AI) systems, such data is very valuable.

If people show a robot or artificial intelligence hundreds of pictures of how they looked 10 years ago and how they look now, it will be pretty easy for these AIs to build an algorithm or data-set model on how a person ages. This will not only help improve facial recognition software but can even predict future outcomes as well.

Imagine that you wanted to train a facial recognition algorithm on age-related characteristics, and, more specifically, on age progression (e.g. how people are likely to look as they get older). Ideally, you’d want a broad and rigorous data set with lots of people’s pictures. It would help if you knew they were taken a fixed number of years apart — say, 10 years.

Sure, you could mine Facebook for profile pictures and look at posting dates or EXIF data. But that whole set of profile pictures could end up generating a lot of useless noise. People don’t reliably upload pictures in chronological order, and it’s not uncommon for users to post pictures of something other than themselves as a profile picture. A quick glance through my Facebook friends’ profile pictures shows a friend’s dog who just died, several cartoons, word images, abstract patterns, and more.

In other words, it would help if you had a clean, simple, helpfully-labeled set of then-and-now photos.

What’s more, for the profile pictures on Facebook, the photo posting date wouldn’t necessarily match the date that the picture was taken. […]

Through the Facebook meme, most people have been helpfully adding that context back in (e.g. “me in 2008, and me in 2018”), as well as further info, in many cases, about where and how the pic was taken (e.g. “2008 at University of Whatever, taken by Joe; 2018 visiting New City for this year’s such-and-such event”). In other words, thanks to this meme, there’s now a very large data set of carefully curated photos of people from roughly 10 years ago and now.

Several Twitter users have taken to the platform to express their disbelief over the realization. “Has anyone considered that Facebook’s “How Hard Did Aging Hit You” Challenge is just a way to refine facial recognition technology? What better way to get people to offer up a ton of comparative visual data,” Editorial Director of the Johns Hopkins University Press, Greg Britton, shared in a tweet.

Whatever the use case, one cannot argue about privacy if one willingly uploads such a data set to Facebook. After all, wasn’t all the data that Cambridge Analytica mined from Facebook also through a seemingly innocuous app called “This is Your Digital Life”?