The annual iPhone Photography Awards have concluded for 2015, with a list of winners that also includes some Canadians, like last year. 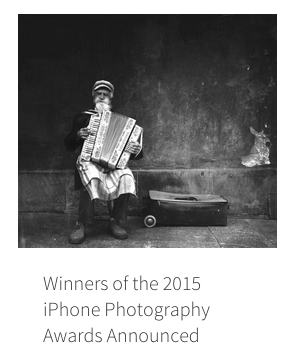 The three ‘Photographer of the Year Awards’ went to Michal Koralewski of Poland, David Craik of the United Kingdom and Yvonne Lu of the United States. These winners received an Apple Watch Sport as their prize, while first place winners of individual categories get “a Gold Bar from the most recognizable private gold mint in the world.”

Below are the Canadian winners, along with their location and which category they won in, plus an embed of their winning images posted from their Instagram: