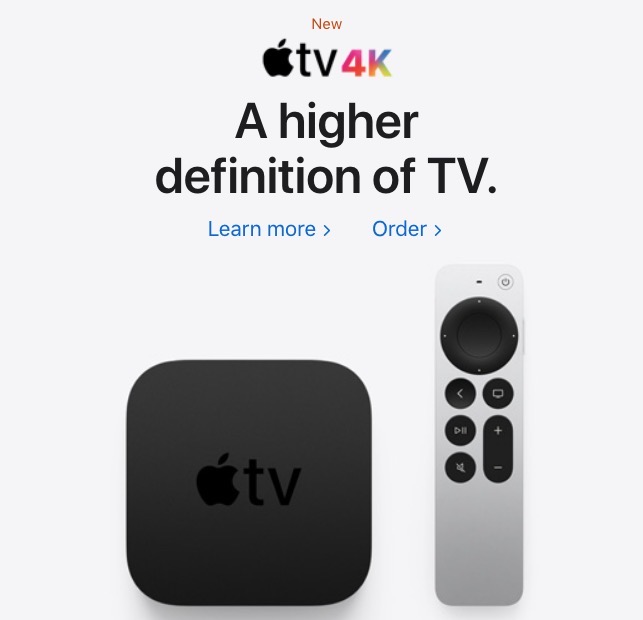 Tim Twerdahl, Vice President of Product Marketing for Home and Audio for Apple, recently talked about the 2021 Apple TV 4K in an interview with Express.co.uk.

While its predecessor was capable of handling 4K resolution with High Dynamic Range, the new Apple TV 4K is an upgrade over its predecessor with the ability to output the same image quality at a higher refresh rate of up to 60 frames-per-second (FPS).

In addition, the new Apple TV also has no issues streaming 4K HDR content on YouTube, which its predecessor struggled with, and it does so in 60FPS.

Apple wants to help solve that problem, and it plans on going beyond just developing hardware that can tackle that kind of content with ease. “We’re out there working with all of these top providers around the world to bring high frame rate content, especially for sports,” said Twerdahl.

“There is a little bit of a chicken and egg issue which is, why produce the content if nobody can watch it?” the Apple VP said. “I think we’re taking a great step forward with Apple TV 4K offering high frame rate support and it will be an incentive to create more and more of this content,” he added.

The 2021 Apple TV 4K was designed to be “ready for the future” since the very beginning, future-proofing users’ TV-watching experience for years to come.

As for the new, redesigned Apple TV remote, Twerdahl said a bit of the inspiration for its design came from the original iPod, which played a big role in putting the Cupertino, California, based tech giant on the map.

The music player’s circular click wheel was the inspiration for the new Apple TV remote’s circular directional pad and touchpad, which is designed to facilitate smooth and accurate touch-guided scrubbing and scrolling.