64GB Microsoft Surface Pro to Only Have 23GB of Usable Storage 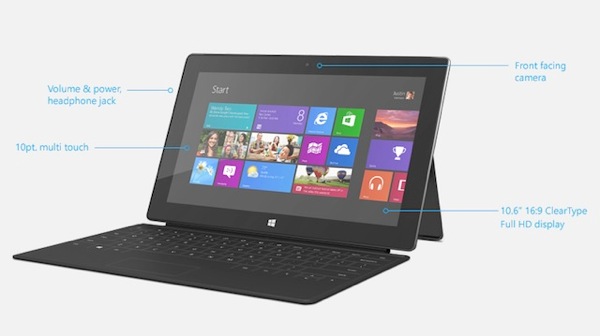 The Microsoft Surface Pro, the higher model version of the earlier released Surface RT, is set to hit stores in early February. This new tablet will run Windows 8, which unfortunately also takes up 64% free space on the entry 64GB model.

A Microsoft spokesperson revealed to The Verge the free space users will have available on their 64GB and 128GB models:

The base 64GB Surface Pro model will have 41GB of installed assets, leaving users only 23GB of disk space, while the more expensive 128GB version will have 83GB left after a 45GB partition is applied. For its part, Microsoft does warn users of the issue on the Surface webpage, saying that, “System software uses significant storage space. Available storage is subject to change based on system software updates and apps usage.”

“Surface Pro has a USB 3.0 port for connectivity with almost limitless storage options, including external hard drives and USB flash drives,” the company said in a statement. “Surface also comes pre-loaded with SkyDrive, allowing you to store up to 7 GB of content in the cloud for free. The device also includes a microSDXC card slot that lets you store up to 64 GB of additional content to your device. Customers can also free up additional storage space by creating a backup bootable USB and deleting the recovery partition.”

So what is the Surface Pro? A tablet or a notebook? Does Microsoft expect users to lug around external USB hard drives, USB sticks or microSDXC memory cards for extra storage? At least it has that awesome ‘clicking’ keyboard (wait–that costs an additional $120-$130 depending on model).

There’s nothing better than spending $900 for 23GB of free space on your Surface Pro, which has half the battery life of the Surface RT, is 43% thicker and half a pound heavier. Nothing else much to say here other than “Oh, Microsoft.” You can’t make this stuff up.

Earlier today, Apple conveniently timed its announcement of the availability of a 128GB capacity iPad 4 starting at $799, coming in February.