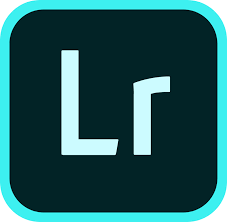 According to a new report from The Verge, Adobe has made its first major app available on the Mac App Store: Adobe Lightroom. Like the Adobe-sold version, the Mac App Store version is sold as subscription-based software after a 7-day free trial. After that, it’s $9.99 USD per month, which puts you in Adobe’s Lightroom plan that includes 1TB of Creative Cloud file storage and access to the mobile and web versions of Lightroom.

Alternatively, if you already have an Adobe Creative Cloud subscription that includes Lightroom, you can also log into your account after downloading Lightroom from the Mac App Store.

There’s no difference between the MAS version of Lightroom and Adobe’s version that you get directly from the company; the features are the same.

The update offers simpler downloads for users who already have an Apple ID. While Mac users could already download the software directly from Adobe — and still can — opting for the App Store download could save time since Mac users may already have data such as purchasing information stored from previous downloads.

Adobe’s decision to keep the prices the same is an interesting one considering Apple is known to take a 30 percent cut of in-app purchases made within its desktop and mobile app stores for the first year and a 15 percent cut for each year after that.

Adobe doesn’t make most of its apps available in Apples Mac App Store. Currently, the only other Adobe app available through the platform is Adobe Photoshop Elements 2019.