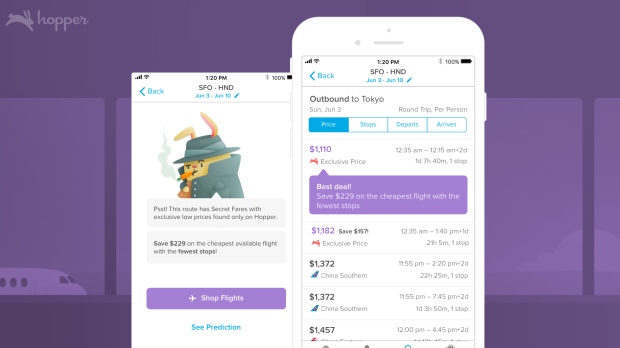 On Friday, Air Canada and WestJet announced that they severed ties with travel app Hopper.

The news comes after a widespread report detailing how the airfare prediction app was launching “secret fares” to their users. Hopper was apparently offering seats for a discount of up to 35 percent, which got them in hot water with other travel groups that sell airline tickets.

“Due to the confusion this has created in the marketplace, WestJet is severing ties with Hopper. WestJet does not provide secret fares. WestJet has always offered our guests low fares and we will continue to do so through all of our selling channels which include WestJet.com, travel agents, online travel agents and other partners.”

“From time to time we offer tactical fares on select markets to travel partners in the normal course of business and to remain competitive.”

Earlier this week, Hopper said that their “secret fare” partners would be expanding to include LATAM, Turkish, Copa and Air China. The company clarified that the “secret fares” were not a unique class of airfare, but instead a Hopper-specific marketing strategy.

“Airlines offer distinct fares to specific types of agencies, in our case online travel agencies, and they are marketed under a range of different brand names. We are currently contacting relevant parties to clear up any confusion.”

It has yet to be seen exactly what effect this will have on the Hopper app. The company has not released any further statements regarding the matter.