A new report from a well-known Apple insider said that Apple is currently working on an upgraded AirPods model that should be unveiled in the second half of 2018. 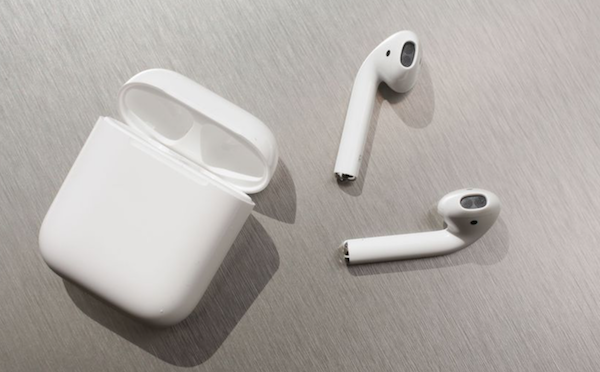 A new prediction for well-renowned Apple analyst Ming-Chi Kuo of KGI Securities details that Cupertino might be working on hardware improvements for the next set of Apple AirPods, which could have a higher averaging selling price than its predecessor.

The new model could feature a smaller quartz component from supplier TXC, however, externally Kuo doesn’t expect the new model to look much different than the original.

Here’s an excerpt from Kuo’s latest research note, a copy of which was obtained by MacRumors:

Media reports over the past few days on brisk AirPods demand and Apple struggling to keep up with holiday season demand align with our findings and positive predictions on AirPods in several previous reports. […]

In 2018, we predict AirPods shipments will grow 100% YoY to 26-28mn units. We forecast the ASP of RFPCB for upgraded AirPods in 2H18 may increase, further benefiting business momentum of Unitech and Compeq.

We already know that an upgrade is in the works for the current AirPods. Apple announced in September that it’ll sell an AirPower wireless charging accessory next year that will be able to power the iPhone X or iPhone 8, the Apple Watch, and AirPods at the same time. For that to happen, the AirPods will need a case that can be recharged wirelessly. But Kuo’s update indicates that the AirPods themselves may receive an upgrade next year as well.

Other details about this upgrade aren’t available, but Kuo’s revelation suggests that Apple might sell the new AirPods model alongside next year’s iPhone X successor.

Launched in late 2016, Apple’s AirPods remain incredibly popular, and the company struggles to keep up with demand. With six days to go before Christmas, new AirPods orders won’t ship until after the holiday, meaning last-minute gift buyers are out of luck.

Tapbots, creators of the award-winning Tweetbot for Twitter, have just released their new 'Ivory’ app for Mastodon, which is now available to download for iPhone and iPad. "We obsess over every detail and put good design and experience first,” note the developers. " If you liked Tweetbot, you’ll love Ivory!" The app offers a gorgeous visual...
Usman Qureshi
7 hours ago

In a little over 2 years, the U.S. Department of Justice has filed its second antitrust lawsuit against Google, this time targeting the search engine giant's advertising business (via CNBC). The new lawsuit is focused on the company’s online advertising business and seeks to make Google divest parts of the business. This antitrust suit, the news of...
Usman Qureshi
7 hours ago