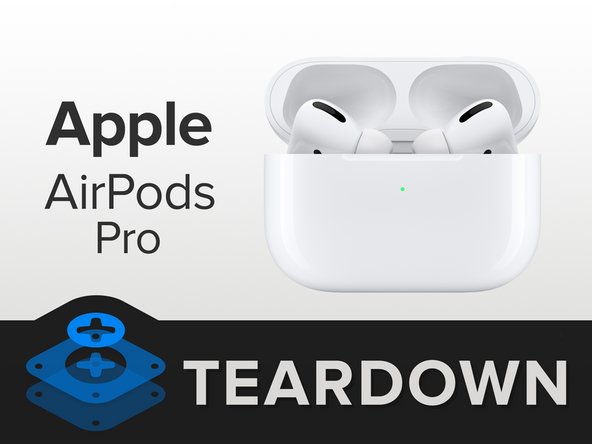 iFixit has posted their teardown of Apple’s AirPods Pro and the dismantling of the iPhone maker’s newest earphones reveal another set of headphones that aren’t meant for repair.

AirPods Pro and its wireless charging case are larger and heavier than regular AirPods, with each earbud weighing a third more, coming in at 5.4 grams each. The charging case is also heavier now at 45.6 grams. 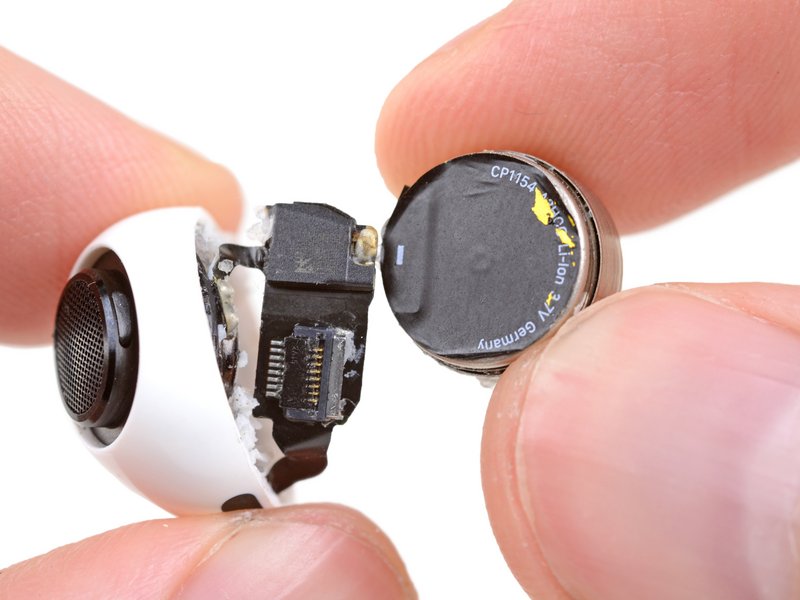 Opening up the AirPods Pro, iFixit discovered a German-made button cell battery in each earbud, calling it a “genuine surprise.” These lithium-ion button cells run at 3.7 V and look similar to the ones found in Samsung’s Galaxy Buds earphones.

As like the previous teardown of AirPods, these new AirPods Pro are not meant to be repaired, as it takes surgical precision to open up the earbuds which also have parts covered in glue. 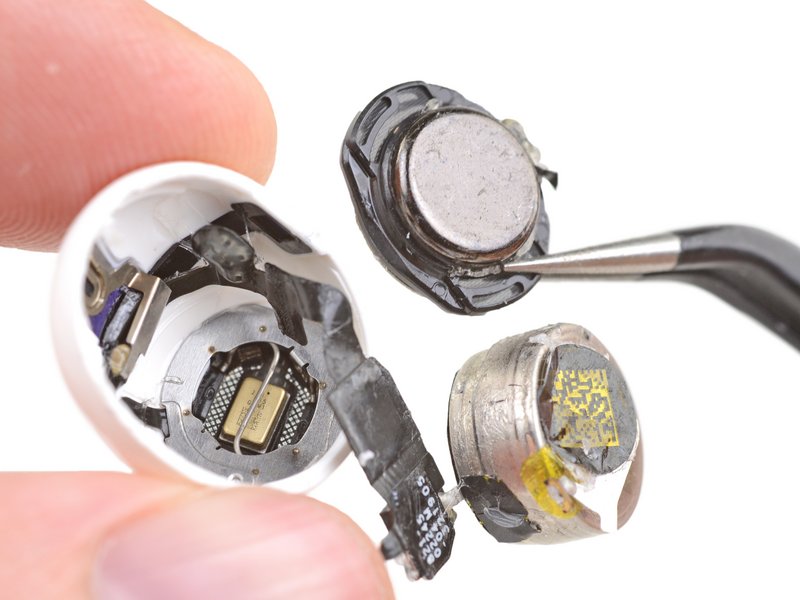 As for the AirPods Pro case, there are two batteries inside at 1.98 Wh, offering higher capacity versus the 1.52 Wh in regular AirPods.

“While theoretically semi-serviceable, the non-modular, glued-together design and lack of replacement parts makes repair both impractical and uneconomical,” concludes iFixit on AirPods Pro, giving them a repairability score of 0 out of 10 (easiest to repair is 10). Click here to see more details regarding the AirPods Pro teardown.

To replace damaged or lost AirPods Pro in Canada, it’ll cost you up to $115 CAD for each earbud from Apple, while the replacement cost is the same for the wireless charging case. You don’t want to lose these in the couch or down a storm drain.

AirPods Pro launched yesterday in Canada for the price of $329.

Update: Here’s a video of the teardown just uploaded by iFixit: