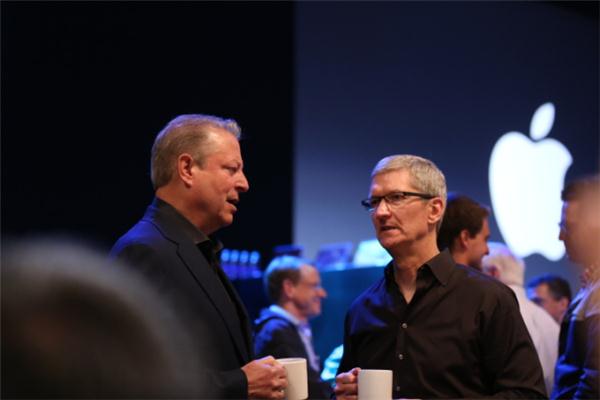 In his introductory remarks, Cook mentioned that there are signs “all around us of the climate crisis.” Despite that worrying quip, he also said there are many reasons to be optimistic about the future of the planet’s climate.

He pointed out that there are numerous technologies and forms of renewable energy that have been developed and employed around the world in the past few years, and that “almost every country” in the world has agreed in principle to fight climate change and strive towards using these renewable energies.

“But there’s also great reasons for optimism, and there’s renewable energies that have been developed over that period of time and are being widely deployed. Almost every country in the world has agreed to do certain things, and markets are rewarding renewable energy everywhere,” Cook said. “But the clock still runs, and the urgency has never been greater. And so I think there’s never been a better time for this film.”

Watch Cook introduce “An Inconvenient Sequel: Truth to Power” below.