While future owners of the iPhone 7 are still counting the days until their handset gets delivered to their doorsteps, the handset has made an appearance in AnTuTu benchmarks (via GizmoChina). The results are stunning: the iPhone 7 once again beats the 12.9-inch iPad Pro.

As you can see in the image attached below, the 4.7-inch iPhone 7 scored a total of 178,397 points on the AnTuTu benchmark, beating all previous Apple A-series chips. The only chip close to the performance of the A10 Fusion is the A9X that powers the 12.9-inch iPad Pro.

Both the single-core performance and the GPU performance, as revealed by the AnTuTu benchmarks first shared by Chinese online media, show a stunning performance for the handset users will unpack this Friday. 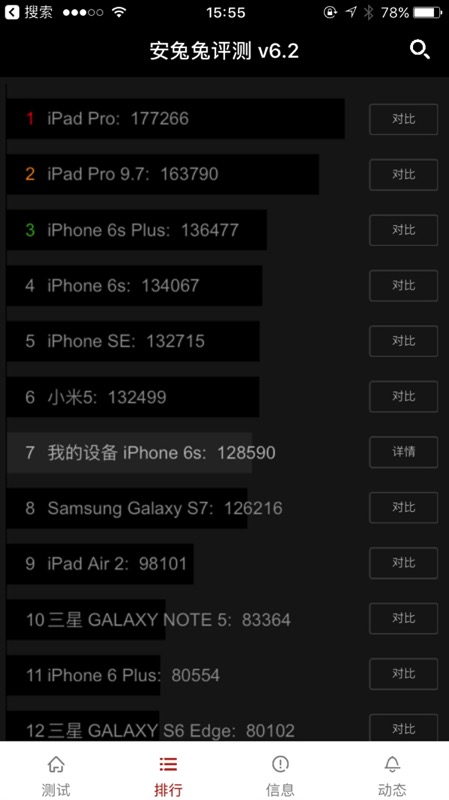 While the legitimacy of the AnTuTu benchmark is uncertain, it follows an earlier Geekbench benchmark for the iPhone 7 Plus, which also revealed incredible performance.