Apple quietly released its EEO-1 Federal Employer Information Report for 2015 over the weekend, sharing its employment diversity information through August 1, 2015, which shows that even though the company is slowly making progress in its hiring practices, the year-over-year change in ethnicity, gender and race distribution is still not what was outlined last year by CEO Tim Cook (via AppleInsider). 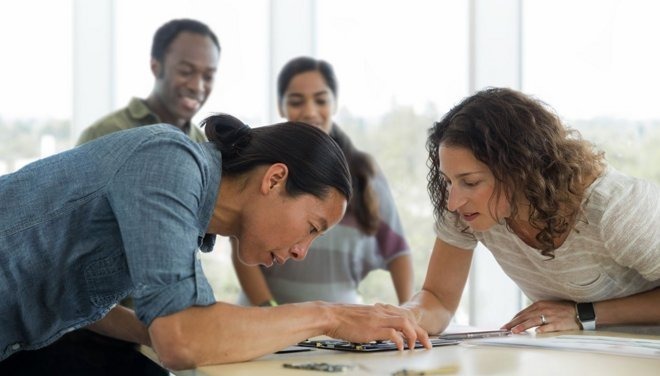 Cook had said in an official statement that Apple hired more than 11,000 women globally between 2014 and 2015, a 65% increase. In the US, black hires grew 2,200, or 50%, while Hispanic hires were up 66% to 2,700. However, the source points out that the company’s 2015 EEO-1 shows a net increase of only 1,475 black employees and 1,633 Hispanics from the previous year. While the disparity between Apple’s results and those posted in this year’s EEO-1 have not been explained, the company says it does not use EEO-1 numbers to define progress.

A “more accurate reflection” of Apple’s progress is represented by curated data points offered through its website, the company says, though the page in question was last updated in August and does not yet contain information from the 2015 EEO-1 report.

On a year-over-year basis, Apple hired 6,378 white employees for the period ending in August, accounting for 59 percent of the company’s entire US workforce, the EEO-1 data says. Net Asian hires came out to 2,824, adding to a total of 12,583 people, or 17 percent of US operations. Changes in executive and upper level management tiers were less dramatic, with Hispanic employees accounting for 7 percent of the total, up 1 percent from 2014.

Apple seems to have hired more black, Asian and multiracial workers to fill leadership roles, though the overall breakdown has remained unchanged due to similar growth in white hires. You can view the full report in PDF format here.

Apple recently launched its iPhone 14 series of devices, introducing the new 'Plus' model to the fold. The 6.7-inch device joined the standard iPhone 14 as part of the entry-level offering. However, prior to its official reveal, the iPhone 14 Plus looks to have been called the 'iPhone 14 Max.' According to Dutch blog iCreate (via...
Steve Vegvari
48 mins ago