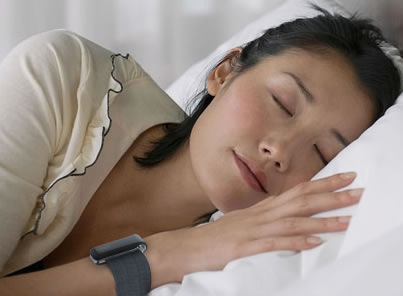 Over the past several months Apple has been hiring a long list of experts in the medical industry which are thought to be joining the company to work on the highly anticipated iWatch.

It has not been confirmed if he has left the company for a position at Apple, but we do know that as of January 1 Raymann has no longer been working at Philips Research.

Sleep tracking technology could play a large role in Apple’s iWatch, allowing users to track their sleep patterns and provide suggestions that could help them improve their night’s sleep. Other companies such as FitBit are currently capable of tracking your sleep patterns and then displaying the statistics on your smartphone.

The sleep tracking capabilities could all be integrated into the rumoured Healthbook app, which is said to arrive alongside iOS 8.

Following the acquisition of animation production company Dynamo Pictures, Nintendo has launched a brand new website for its 'Nintendo Pictures' branch. At the time of the acquisition, it was known that Nintendo had plans to rename the Japanese company. Nintendo also previously announced its intentions to utilize the company's specialties to focus on  "producing visual...
Steve Vegvari
2 hours ago