Bloomberg reports that Apple is building a high-speed network and upgrading its data centres to gain control and maximize user experience. The news comes hot on the heels of reports of Apple launching a music streaming service today at WWDC 2015, which could be followed by an Web-based TV later this fall. 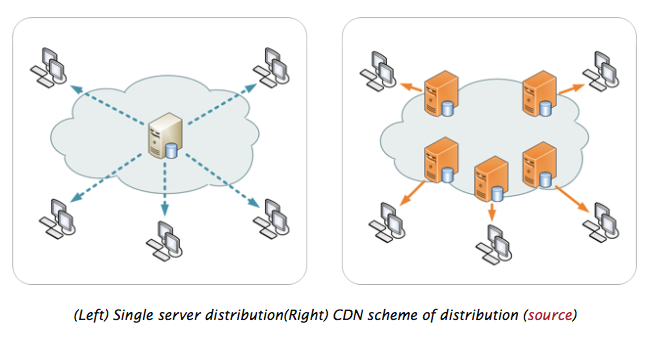 Actually, Apple has been quietly working on bettering its content delivery network, spending $100 million just last year. But that was just the start. The cost of the new content delivery network Apple is building could run into billions, which adds to the billions already spent on data centres. Not so long ago, Apple announced that it would spend $3.5 billion on a handful of data centres across the globe. By the way, last year, when it released iOS 8, Apple was relying on its own CDN.

So what’s different this time? It looks as though Apple wants to reduce its reliance on service providers, as it needs a more efficient and faster infrastructure to ensure a great user experience, according to people familiar with the company’s plans.

Apple wants to own pipes linking its four large U.S. data centers and Internet hubs in certain cities to ensure fast, reliable delivery of content and services. By adding capacity and increasing efficiency, it seeks to handle more traffic on its own, without renting as much server space from cloud providers such as Amazon and Microsoft, said people with knowledge of the plan, who asked not to be identified because Apple isn’t discussing the moves publicly. They declined to name the cities involved.
The effort includes long-haul pipes connecting Apple’s data centers in California, Nevada, North Carolina and Oregon, and others to get content closer to Internet hubs in some densely populated markets, said three of the people.

However, this doesn’t mean that Apple will move away from using Hewlett-Packard servers, Cisco Ethernet switches, and other technologies, but it has been in talks with parties that could help design its own hardware, which could be manufactured by its partners in the supply chain.