It is an “open secret” that Apple is making an electric car, according to Tesla owner Elon Musk in an interview with the BBC. He made the statement when the reporter asked him whether he had heard anything about the rumoured Apple Car. 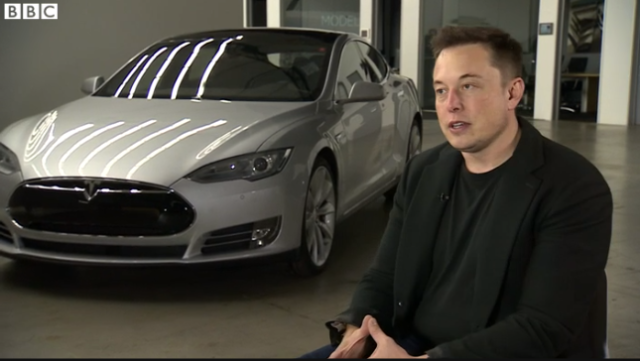 “It’s pretty hard to hide something if you hire over a thousand engineers to do it,” he said, and dismissed the Apple Car as a threat. “It will expand the industry,” he added.

Elon Musk’s vision of the future is that all cars will be electric and autonomous, and driving yourself will become a hobby rather than a necessity. From this perspective, it is clear that Apple is making the “obvious” move to design a “compelling car of its own.”

“Tesla will still aspire to make the most compelling electric vehicles, and that would be our goal, while at the same time helping other companies to make electric cars as well.”

While Apple has yet to announce that it is working on a car, the rumour mill has been spilling information about Project Titan. By the way, just last week MacRumors noticed that Apple had registered at least three car-related Internet domains.

Also, you may recall that Apple has been searching for a place in the Bay Area where it can test the vehicle, according to the Guardian’s sources.

Elon Musk’s comments serve to fuel more speculation about the Apple Car, which is said to be ready by 2020, at least according to Bloomberg. Are you ready to spend some cash on an electric car made by Apple?