Apple employees are now receiving their own branded Apple Card credit cards as part of a semi-private beta. 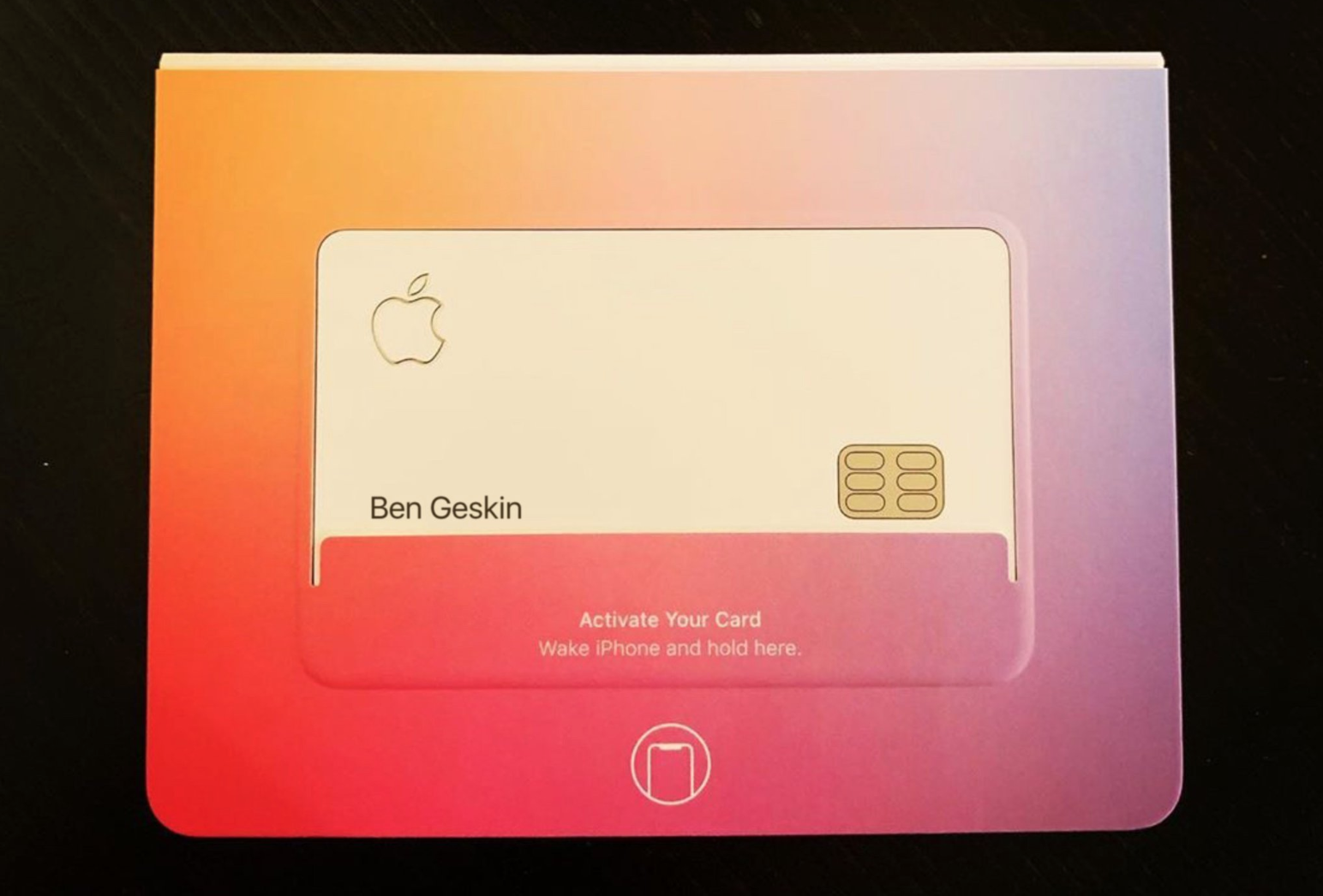 Apple announced the Apple Card back in March, the Cupertino company’s first-ever physical payments card “built on the principles of simplicity, transparency, and privacy” and designed primarily to be used with Apple Pay on Apple devices such the iPhone and the Apple Watch.

Now, the company apparently has started rolling out Apple Cards to its employees.

New images shared on Twitter by mobile leaker Ben Geskin reveal the card’s consumer packaging that features a colourful gradient on the front and brief instructions on how to activate the card with an iPhone. Geskin photoshopped his own name over the engraved one on the card presumably to hide the source’s identity.

As one can see from the pictures, the Apple Card has got that minimalist, high-end luxury design Apple is famous for. The pictures show a card bearing little more than the name of the cardholder, an Apple logo, Goldman Sachs’ logo, and a chip.

Perhaps the coolest feature of the physical card is that to activate it you simply need to unlock your iPhone and tap the Apple Card against it — the same way you activate AirPods.

Apple Card has a number of security advantages, including the ability to create virtual card numbers on demand. Apple Card is a Mastercard-branded credit card created in partnership with Goldman Sachs that integrates tightly with Apple Pay and your iPhone, offering low interest rates, cashback rewards, and other perks.

Apple says its new Card will be available this summer. It has been announced for customers residing in the United States for now, but it will likely make its way to other major markets later on. Goldman Sachs has already mentioned that it has plans to expand into other countries. No word if that will include Canada, but let’s hope.