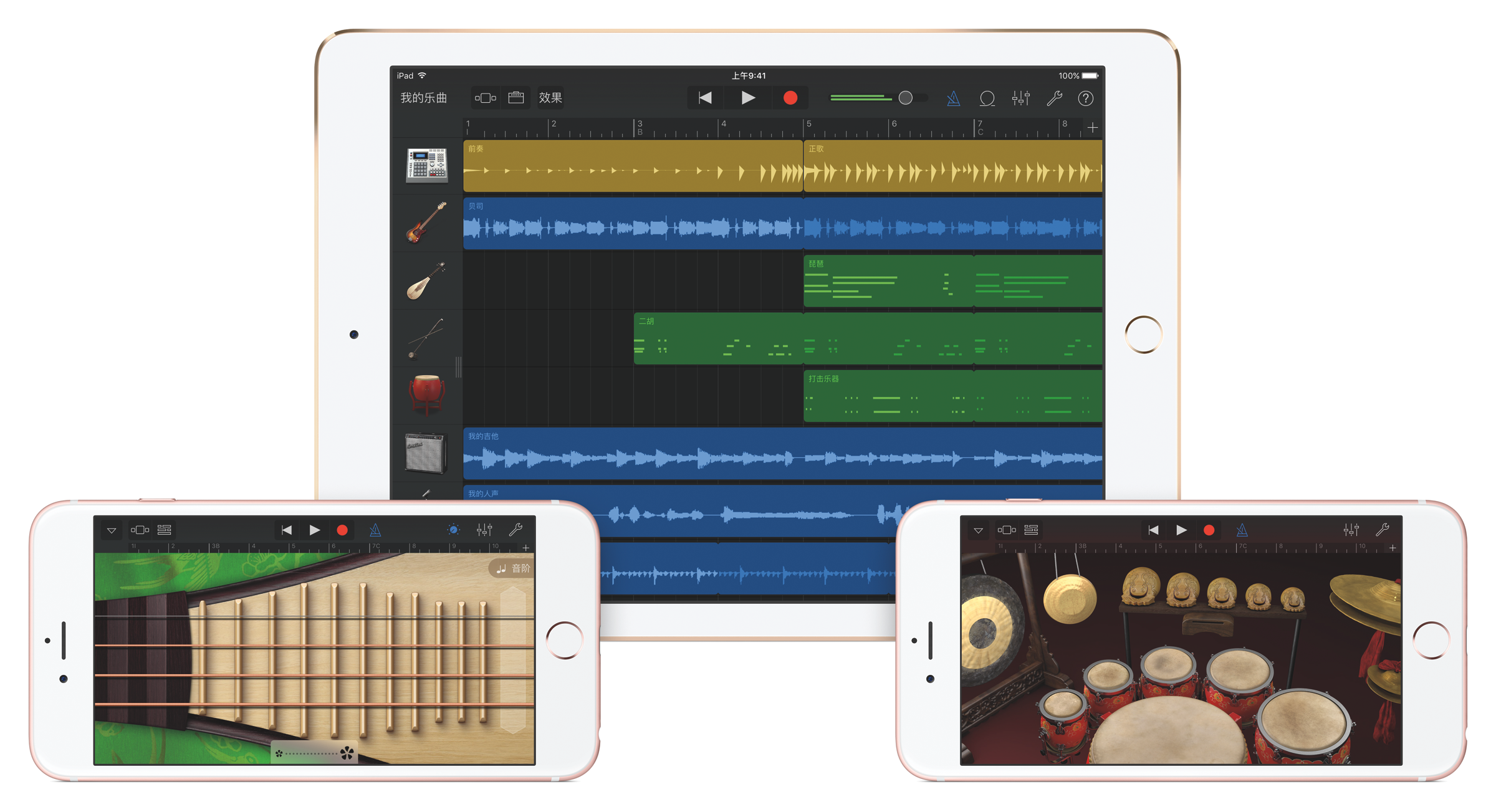 Today, Apple announced a major update to GarageBand for Mac and iOS. The update adds a wide range of Chinese instruments that are designed to celebrate the rich history of Chinese music and also includes extensive Chinese language localization.

The latest GarageBand version features traditional Chinese instruments like the pipa, erhu and Chinese percussion, each of which can be played back on iPhone or iPad using multitouch gestures, as well as the Musical Typing feature and USB-connected music keyboards on Mac. In addition, Apple has also included 300 Chinese musical loops for quick track creation.

“GarageBand is the most popular music creation app in the world and we’re excited to introduce these new features that incorporate the rich history of traditional Chinese music. By adding classic Chinese instruments and new Live Loop templates, the new GarageBand app makes it fun and easy to make Chinese-inspired music right on your iPhone, iPad or Mac.”

Specific to iOS, GarageBand gains two new Chinese music-inspired templates for Live Loops, one traditional and another modern, along with integration with Chinese social networks QQ and Youku.

Last fall, Apple Music was named the new partner for the NFL’s Super Bowl Halftime Show, replacing Pepsi. This year’s show will feature Rihanna and Apple Music today shared the first trailer for the show, slated for the Super Bowl on Sunday, February 12, 2023, at State Farm Stadium in Glendale, Arizona, where the Kansas […]
Gary Ng
49 mins ago