Apple Page Dedicated to ‘Designed by Apple in California’ Motto

To start off the WWDC 2013 keynote, a video played portraying Apple’s corporate values as a company which aims to make perfect products, where “there are a thousand ‘no’s for every ‘yes'”. A new page on Apple’s website showcases the company’s mantra line by line to accompany the video. 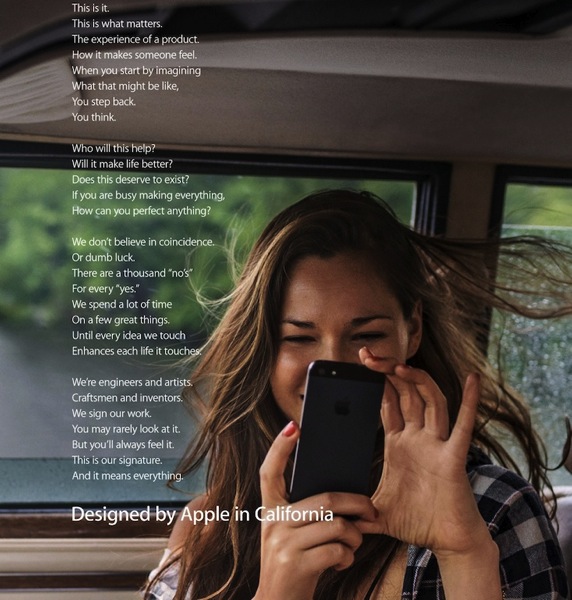 Apple also announced during its preview of the new Mac Pro, the computer will be assembled in the USA.