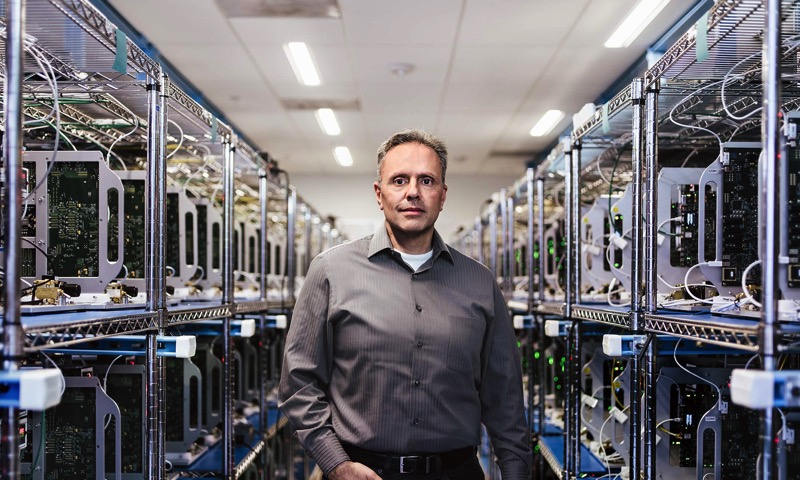 He isn’t in the spotlight too often, but Johny Srouji, Senior Vice-president for Hardware Technologies at Apple, is one of the most important in the company. He is the executive who makes sure you don’t throw your iPhone against the wall when your battery runs low. In other words, he runs the division that makes processor chips.

Srouji was recruited by Bob Mansfield from IBM to lead Apple’s effort to design its own silicon after Steve Jobs concluded that this is the only way Apple could “really differentiate and deliver something truly unique and truly great,” he recalled, in an interview with Bloomberg Businessweek.

This was a risky move but as you may already know, it worked out well: “You get one transistor wrong, it’s done, game over,” Srouji says. “Each one of those transistors has to work. Silicon is very unforgiving.”

At that time, he had a group of about 40 engineers working on integrating chips from various vendors into the iPhone, which grew by about 150 in April 2008, following Apple’s acquisition of P.A. Semi, a chip startup.

The first public debut of Srouji’s work was with the iPad and the iPhone 4, which included the A4 processor. You already know what followed next: the A5, A6 and A7, which surprised the whole tech world with the move to 64-bit.

Srouji can’t restrain a smile when recalling competitors’ reactions to Apple’s 64-bit surprise. “When we pick something,” he says, “it’s because we think there’s a problem that nobody can do, or there is some idea that’s so unique and differentiating that the best way to do it is you have to do it yourself.”

Now, Apple is preparing to unveil two new products, the iPad Air 3 and the 4-inch iPhone, which will be powered by A9X and A9 chips respectively, according to “a person familiar with the plans” speaking with Bloomberg.

You can read the extensive Bloomberg piece profiling Srouji and his work at Apple by following this link.