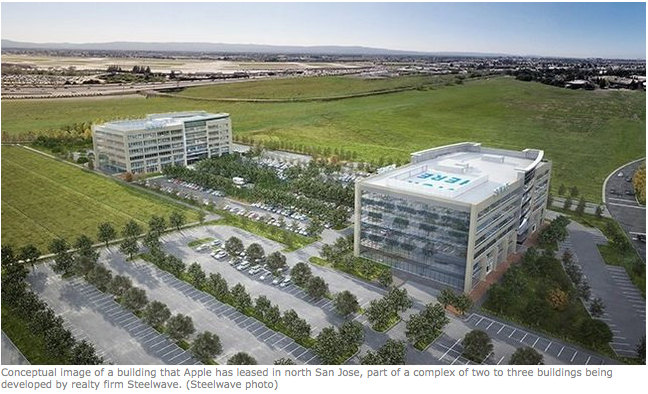 Apple now leases various parcels in north San Jose in the vicinity of Orchard Parkway and Component Drive. The building it has just acquired would be enough for roughly 3,000 workers. However, if all the sites were built up to their full capacity, Apple could employ up to 20,000 workers on the properties it leases, states the report.

“They are taking this building to control that entire neighborhood,” said David Vanoncini, a managing partner with Kidder Mathews, a commercial realty firm.

“The reality is that Apple is trying to plan ahead,” said John McMahon, an executive vice president with Colliers International, a commercial realty firm. “Phase one is to secure the real estate for the innovations they are planning.”

Apple is expanding its presence in the area: this is the latest deal for expanding office space. It leased a building in South of Market (SoMa) neighbourhood, then recently leased its “second spaceship office” the curvaceous, 777,000-square-foot office building in Sunnyvale, California. That acquisition was preceded by important land grabs in Sunnyvale and Santa Clara.