Apple has launched a new support page that allows Apple TV owners to learn more about the third-party content available on their set-top box. 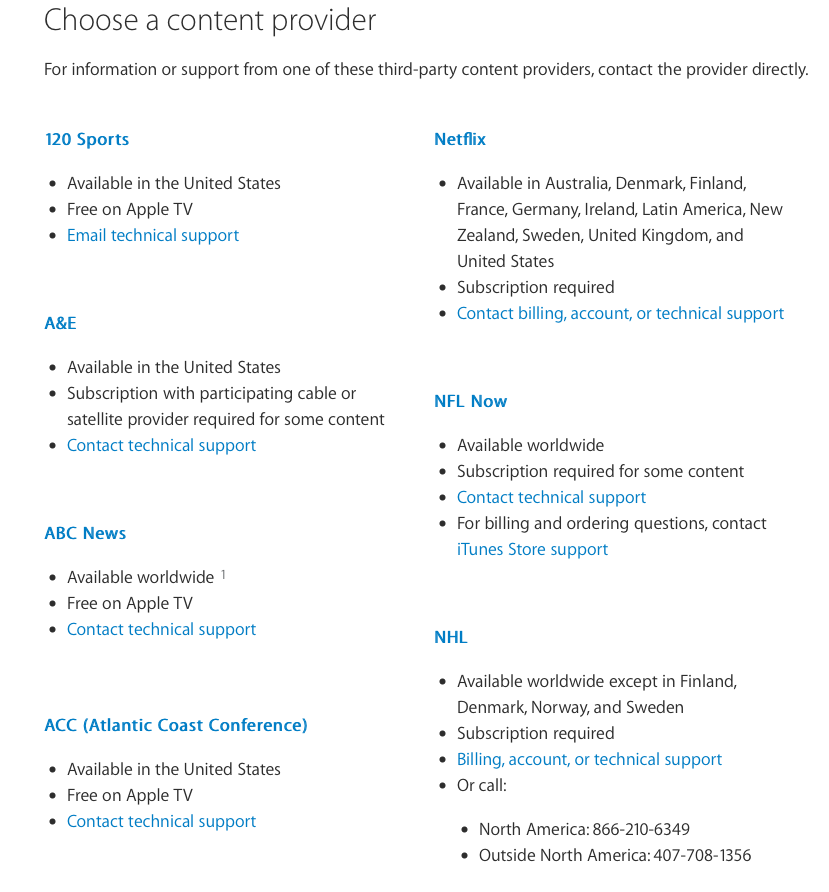 During their latest media event, Apple dropped the price of the Apple TV to $89 (CAD) making it even more affordable. Apple CEO Tim Cook believes that the $30 USD price cut ($20 CAD here) will allow more people around the world to enjoy Apple TV in their own homes.

It has been quite a while since the company refreshed the Apple TV, however, various reports are claiming that Apple will announce a new version of the device this year at WWDC. The reports claim that the device will gain Siri integration, allowing users to control the device with their voice.

Do you find this new support page from Apple helpful? Let us know in the comments below.