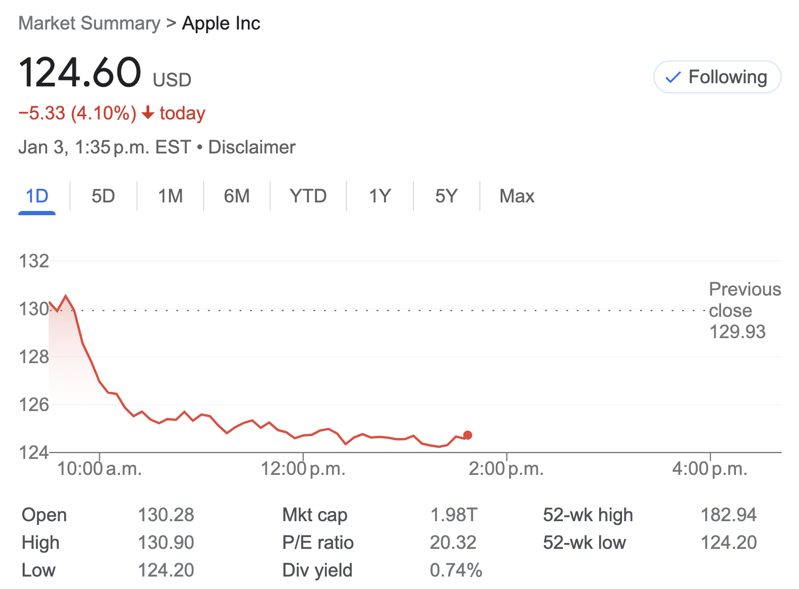 The sell-off of the tech sector continues and Apple’s stock market cap has now dipped below the $2 trillion threshold, for the first time since May of 2022.

Exactly one year ago, Apple made history as the first company to reach a $3 trillion valuation, when shares hit $182.88.

COVID-19 measures in China have affected global manufacturing and Apple was not immune to disruption, with its iPhone 14 Pro models seeing short supply during the holidays. However, the iPhone maker’s manufacturing partner, Foxconn, has brought its ‘iPhone City’ back to 90% capacity as measures have been relaxed in China.