Apple Park, the company’s new spaceship-shaped campus in Cupertino, California, is taking shape. Ahead of the project’s completion, drone pilot Matthew Roberts has shared up-close shots of the exterior of the building, including the atrium of the Steve Jobs Theater. 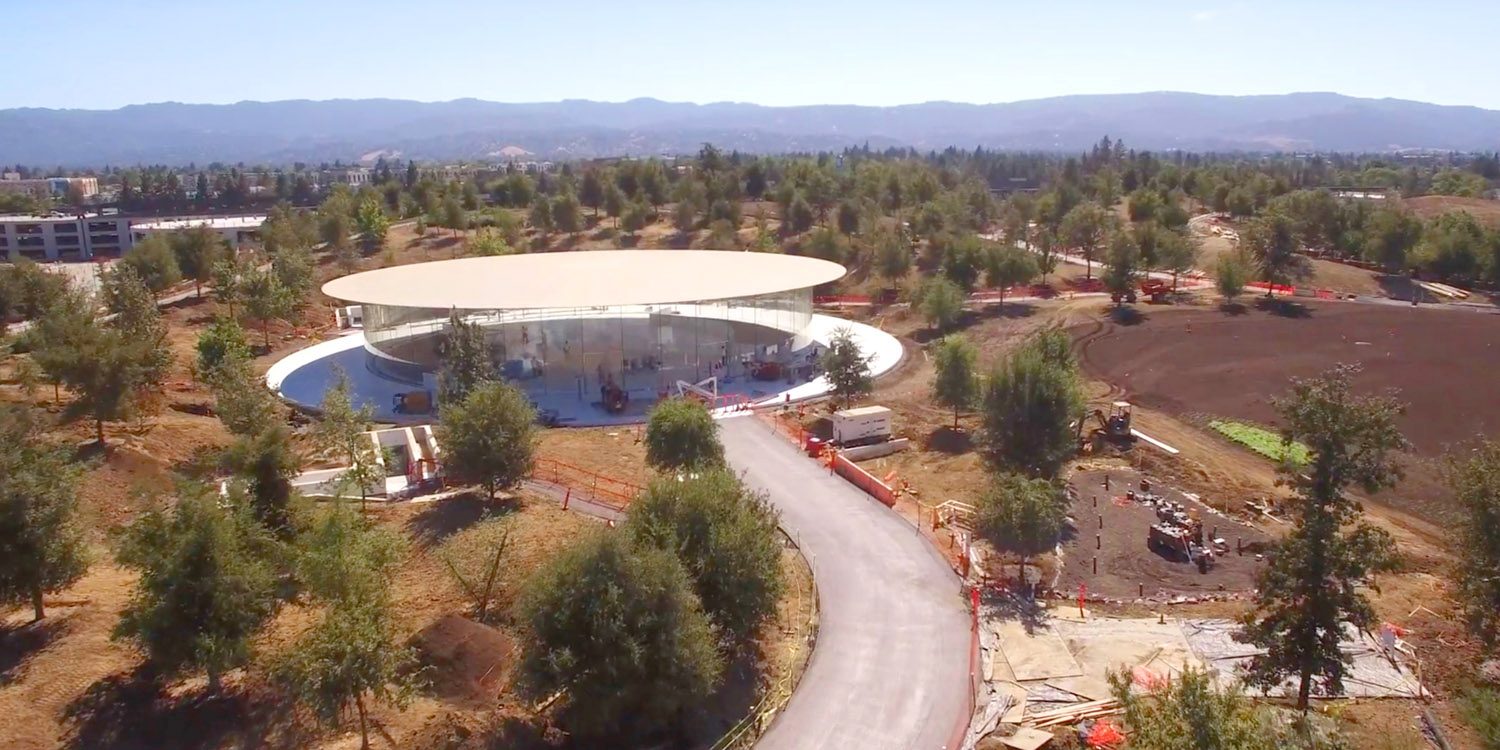 While previous drone footage and marketing shots have given some idea of how the building looks, these are some of the clearest glimpses yet of what working life will be like for the 12,000 people employed at Apple Park.

Roberts’ video reveals landscaping around the campus has picked up momentum in the last few weeks, with a large grove of trees in the inner circle of Apple Park being the clearest sign of progress.

When finished, Apple Park will be surrounded by some 9,000 trees. The landscaping is being overseen by an arborist personally chosen by the late Steve Jobs, who believed trees would be one of the most important parts of the Park and represent a microcosm of the old Silicon Valley, when there were said to be more fruit trees than engineers.

Additionally, the video gets close to the Steve Jobs Theater, named after Apple’s late founder and CEO. The footage gives us a glimpse of the auditorium area, which features a carbon fiber roof entirely supported by glass panels. The footage shows stairs that lead down to the stage area, where there is seating for 1,000 people.

Check out the entire video below.