We have seen Telus launching a network experience app for network feedback, allowing users to report network issues. However, this requires user input within the app, which we may skip sometimes for various unspecified reasons. A freshly granted Apple patent, however, automates the process using the iPhone’s built-in hardware, and uses anonymized crowdsourced data to highlight cellular network dead spots (via AppleInsider). 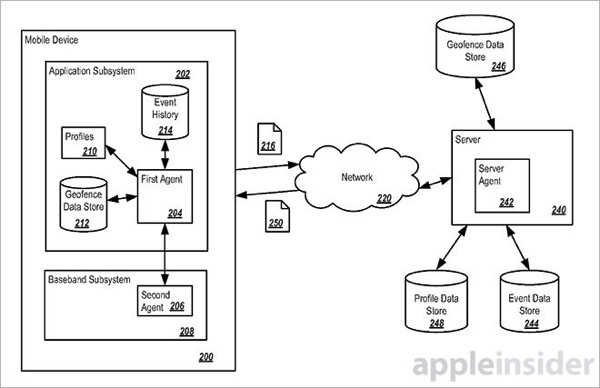 Apple’s US Patent No. 8,886,178 for a “Location-based profile” describes a diagnostic tool – it can be an app or a background task – that monitors wireless connectivity attributes such as call drops, SMS, baseband problems, etc.

The tool is bringing great benefits for Apple and, more importantly, for carriers, as it uses geofencing to identify the problematic geographic area. The tool can later inform “server-side systems of localized areas where calls are regularly interrupted or data transfers fail”, and thus can help the carrier build a more reliable network.

The tool gathers data such as time of interruption, frequency of issues, type of interruption, and general network parameters, and sends it to central servers for analysis. If the issue is later addressed, the device will automatically remove the applied geofence from the server.

The Apple patent was first filed for in 2010, and Shuvo Chatterjee is credited as inventor.