Last fall, Apple Pay launched in Canada and Australia with a limited roll out to only American Express issued credit cards, with both countries facing a situation where established national banks were absent from the mobile wallet.

At stake are the negotiation of credit card transaction fees, which banks pay to Apple when a customer swipes their credit card. Typical fees are said to be 0.15 per cent of transactions in the U.S., which apparently Australian banks haven’t agreed to, leading to Australian Labor Party spokesman Ed Husic to proclaim retail banks have “boycotted” the new payment system.

Thusly, Australia’s big six banks ended up opting for Android Pay instead with support for Visa, MasterCard and eftpos, set for 2016.

But that could change, as some customers have started seeing Apple Pay confirmation code notifications by text message and email when trying to add their credit cards to Apple Pay.

iPhone in Canada reader Daniel (from Australia) explains he tried adding his friend’s card to Apple Pay, and when he did, he got the typical “Could not add card” pop up–but his friend received the following text and email confirmations from ANZ bank: 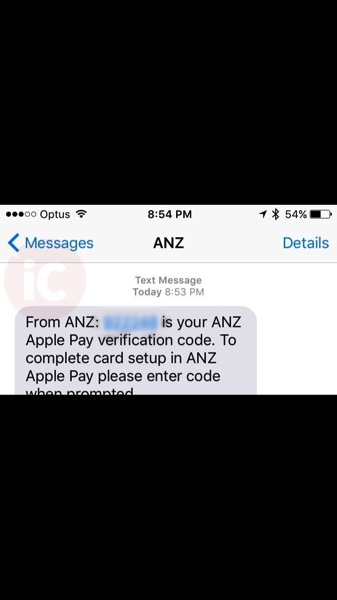 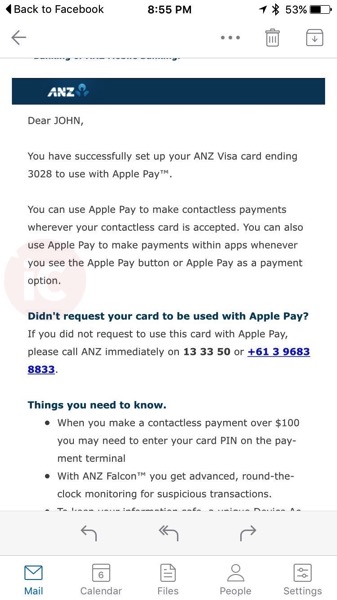 For people trying to add their credit cards to Android Pay (which has not launched yet), they are also getting these notifications, but they detail Apple Pay confirmations (which is odd).

It would appear something is brewing with Australian banks, as we’re told Suncorp Bank and Bank Australia are geared to support Apple Pay in the latter half of this year.

Meanwhile in Canada, despite seeing evidence of Apple Pay support from our big banks, nothing has materialized, yet. Apple first announced Apple Pay expansion to Canada during its 2015 Q4 earnings call last October. The next earnings call for 2016 Q2 is set for April 25, so maybe an announcement could come then, or later at WWDC this summer.

Apple Pay currently is supported in the U.S., China, Australia, Canada and the U.K.; for the latter, Barclays signed on with Apple Pay earlier this week, their last big bank to do so.

Update 2, April 11, 2016: Marj Demmer, former ANZ executive for Cards and Payments, joined Apple to work for the Apple Pay division down in Australia last fall. With her former connections to ANZ, this could mean a potential deal could be forthcoming.

Also, below are more screenshots showing the emails being received by some ANZ customers from ‘applepay@anz.com’ (the email gives a bounce back error when you try to reply). Further discussion of other people seeing hints of Apple Pay are ongoing over at the Whirlpool forums. 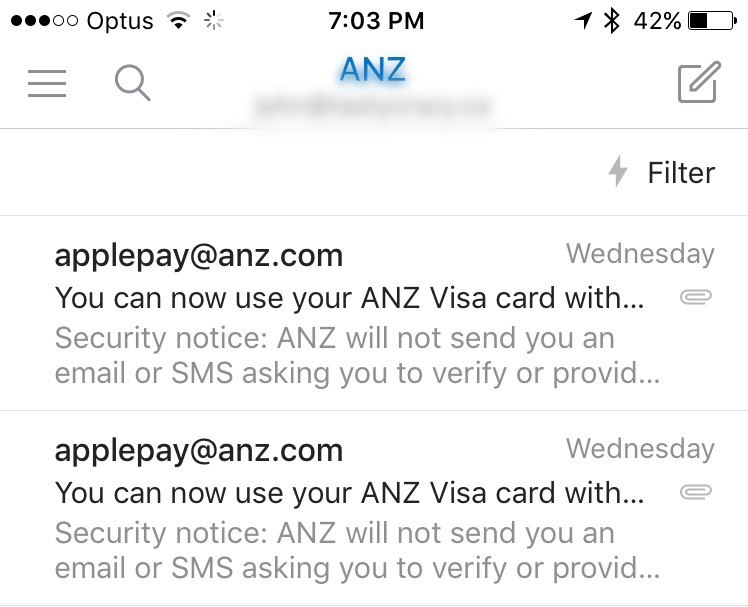 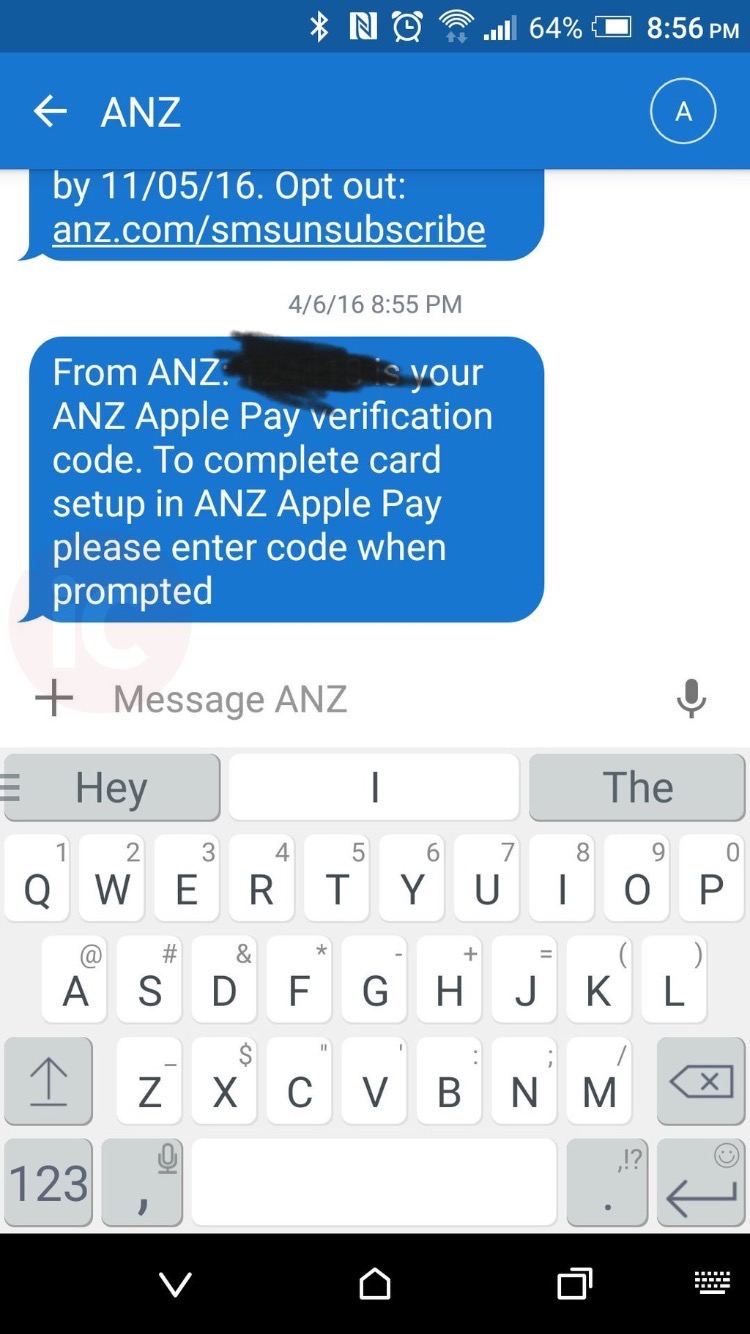