How’s life with Apple Pay so far? Apple has updated their list of stores ready to accept the mobile wallet, now adding the following:

While many have already tried Apple Pay at the stores below, but officially they are now listed as ready for Apple Pay by Apple. From our tests, some McDonald’s locations do not accept American Express, as it can depend on the franchisee. 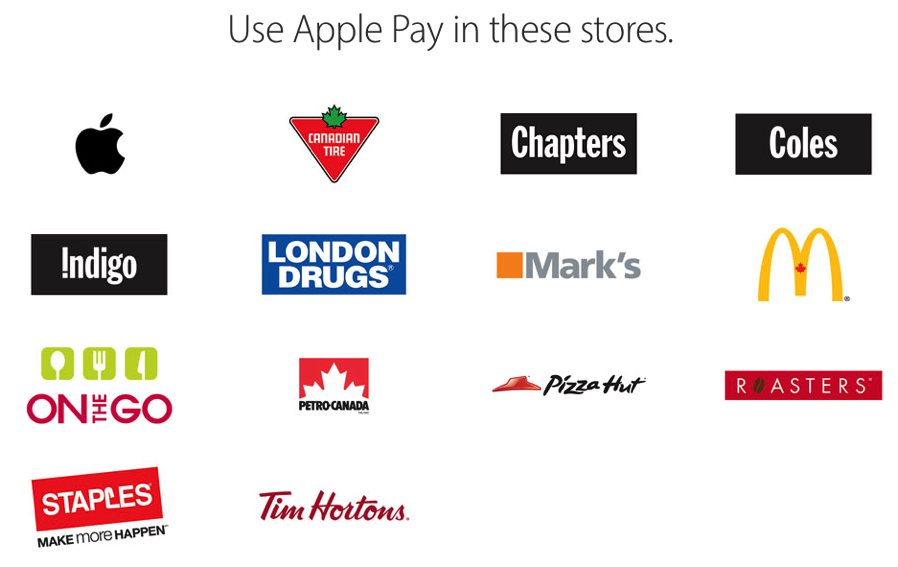 As for the ‘Coming soon’ list, Apple has added:

Some of these stores may already work with Apple Pay, as many of you have tested it out already (Domino’s), while the TTC’s latest Presto self-serve machines accept Apple Pay as well.

Some stores have not trained employees on what Apple Pay is, so it can lead to confusion when you mention it at checkout. In this case, it’s easier to just say you’re paying with Amex, then quickly whip your iPhone 6/6s or Apple Watch near the POS terminal, like a ninja.

American Express Canada recently stated Apple Pay had “exceeded” their expectations, but did not disclose any numbers, only to mention their debut was not an exclusive deal with the iPhone maker. No Canadian bank has signed on with Apple Pay, yet.