This year, in celebration of World AIDS Day, Apple and RED have teamed up once again, according to a new press release from Apple. In addition to a slate of new red-colored cases and audio devices, the company has coordinated with 20 mobile game developers to create in-game content designed to raise money for The Global Fund. 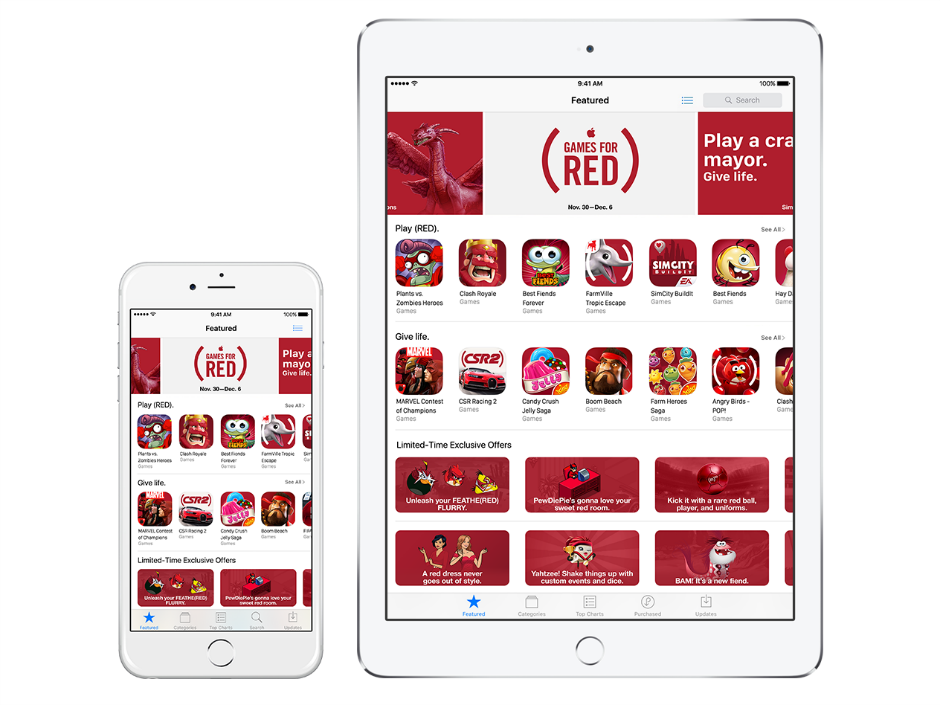 The goal of The Global Fund is to achieve a generation that is AIDS-free at birth, by ending cases where mothers transmit the disease to their children. Deb Dugan, chief executive of RED, said she believes that goal could be accomplished by 2020.

“The gift of life is the most important gift that anyone can give,” said Tim Cook, Apple’s CEO. “Thanks to the vision and dedication of (RED), an AIDS-free generation is within our reach. We want to leave the world better than we found it, and that’s why our longtime partnership with (RED) remains so important to us.”

The games include a range of some of the most popular titles on the App Store, with Clash of Clans, Angry Birds 2 and SimCity BuildIt leading the charge. Others include Supercell’s Hay Day and Boom Beach as well.

Each of the games has integrated the exclusive content in different ways. Angry Birds 2, for example, offers a special in-game pack of gems and feathers, with proceeds going to The Global Fund. All of the birds in the game are also granted red superhero costumes for the duration of the event. Rovio had previously worked with Apple on a similar campaign in 2014.

In addition to Apple’s current Product(RED) line, there will be some new products coming this year: an iPhone 7 smart battery case, iPhone SE sase, Beats Solo 3 wireless headphones and a Pill+ portable speaker.