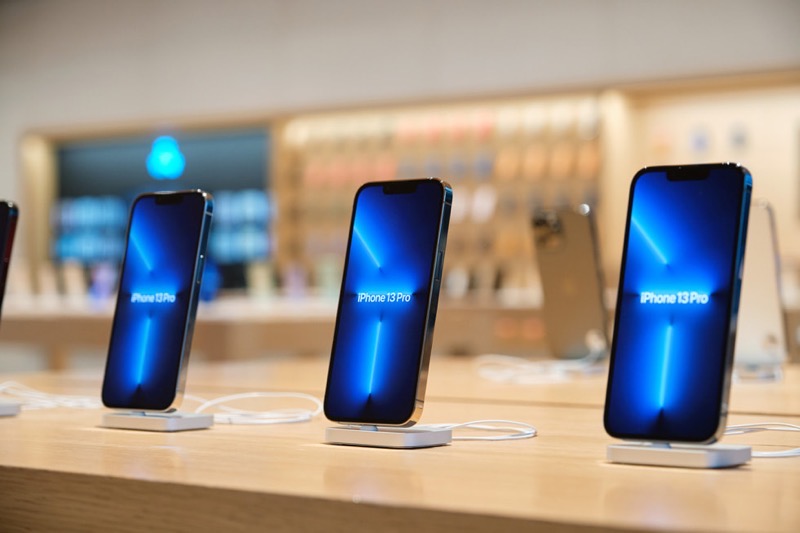 According to Bloomberg, unnamed sources tell the publication Apple will likely cut iPhone 13 production targets this year by up to 10 million units, as the global semiconductor shortfall is said to be responsible for the change.

Apple had targets to produce 90 million iPhone 13 models in the final three months of 2021, but now the company is telling its supply chain to expect lower numbers, as Broadcom and Texas Instruments aren’t able to produce enough components.

Broadcom makes wireless parts for the iPhone, while Texas Instruments supplies display parts for the smartphone. One particular TI chip hard to supply is related to powering the iPhone’s OLED display. Apple is also seeing a shortfall of parts from others in its supply chain as well.

Currently, iPhone 13 and iPhone 13 Pro orders are showing estimated delivery times well into November, and if supply chain constraints continue, these times could push into December.

Next week, Apple is set to hold an October special event, where the company is expected to unveil all-new MacBook Pro models.

Taiwan Semiconductor Manufacturing Co. (TSMC), Apple’s primary chip supplier, will also produce advanced 4-nanometer chips at its $12 billion USD under-construction manufacturing facility in the U.S. state of Arizona — reports Bloomberg. The information comes from people with knowledge of the matter, who said TSMC will announce the new plan next week during a ceremony at...
Nehal Malik
32 mins ago