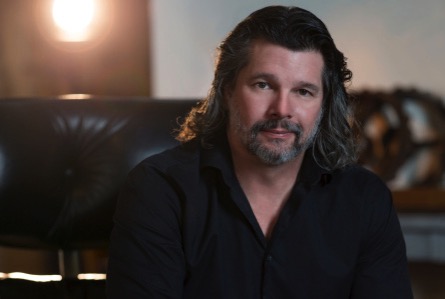 According to an exclusive report by Deadline Hollywood, Apple has given a straight-to-series order for a space drama from Ronald D. Moore, the creator and writer of hit TV series Battlestar Galactica. The untitled project, which hails from Sony Pictures and Moore’s studio-based Tall Ship Productions, explores what would have happened if the global space race had never ended.

The Moore/Wolpert/Nedivi drama marks the first series order for Van Amburg and Erlicht from Sony TV, which they ran before leaving in June to go to Apple. It reunites them with Moore with whom they worked on a number of projects while at Sony, including Starz hit series Outlander, developed, executive producer and run by Moore, and the upcoming Philip K. Dick’s Electric Dreams for Amazon, which Moore co-wrote and executive produces.

Moore started his writing career in the space genre with stints on three Star Trek series, The Next Generation, Deep Space Nine and Voyager, before he created the acclaimed Battlestar Galactica reboot.

The new space drama will be the third original scripted TV show ordered by Apple via its recently formed worldwide video programming division, joining a morning show drama series project executive produced by Jennifer Aniston and Reese Witherspoon, and Amazing Stories which is a reimagining of the classic anthology from Steven Spielberg.