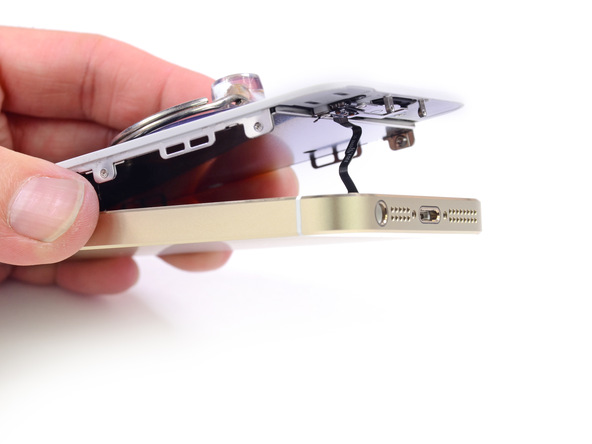 As usual, with every iPhone launch, IHS Suppli has taken the device (this time: devices) apart to find out what’s inside. Well, we were one step ahead of them thanks to the iFixit and Chipworks teardown, but IHS Suppli provides valuable information, such as the total bill of materials (BOM).

So how much do the two iPhone models cost to manufacture? The IHS report is not due until tomorrow, but they have shared some details with AllThingD: from what they have learned, the entry level iPhone 5s costs at least $191 to manufacture, and this cost goes up to $210 for the 64 GB unit. And if we add another (estimated) $8 assembly cost, the BOM goes up to $199 for a 16 GB iPhone 5s, and $218 for the 64 GB unit. The handset retails for $719 in Canada, unlocked, $229 on contract.

Despite carrying almost the same specs — putting some differences aside, such as the A7 processor, M7 co-processor and the fingerprint sensor, just to name some of the key differences — Apple’s lower-cost iPhone 5c costs $173 to manufacture (the entry level version), which is $32 lower than the total BOM for the iPhone 5, which was estimated to have been $205 last year by IHS Suppli.

As some of us may have anticipated, the costs associated with the display account for the biggest percentage of the BOM, with a combined $41.

What makes Apple’s handsets unique, though, is the attention the radio frequency chips get: both the iPhone 5s and 5c are able of connecting to as many as 13 LTE bands, thanks to Apple’s collaboration with RF-chip companies.

As iFixit has already revealed, Apple chose Samsung to supply the A7 processor, while the display comes from several vendors, such as Sharp, Japan Display, and LG Display.

Stay tuned for the full IHS Suppli report, which is due tomorrow!