A development application for Vancouver’s first Apple flagship store on the site of the existing CF Pacific Centre rotunda has finally been approved. 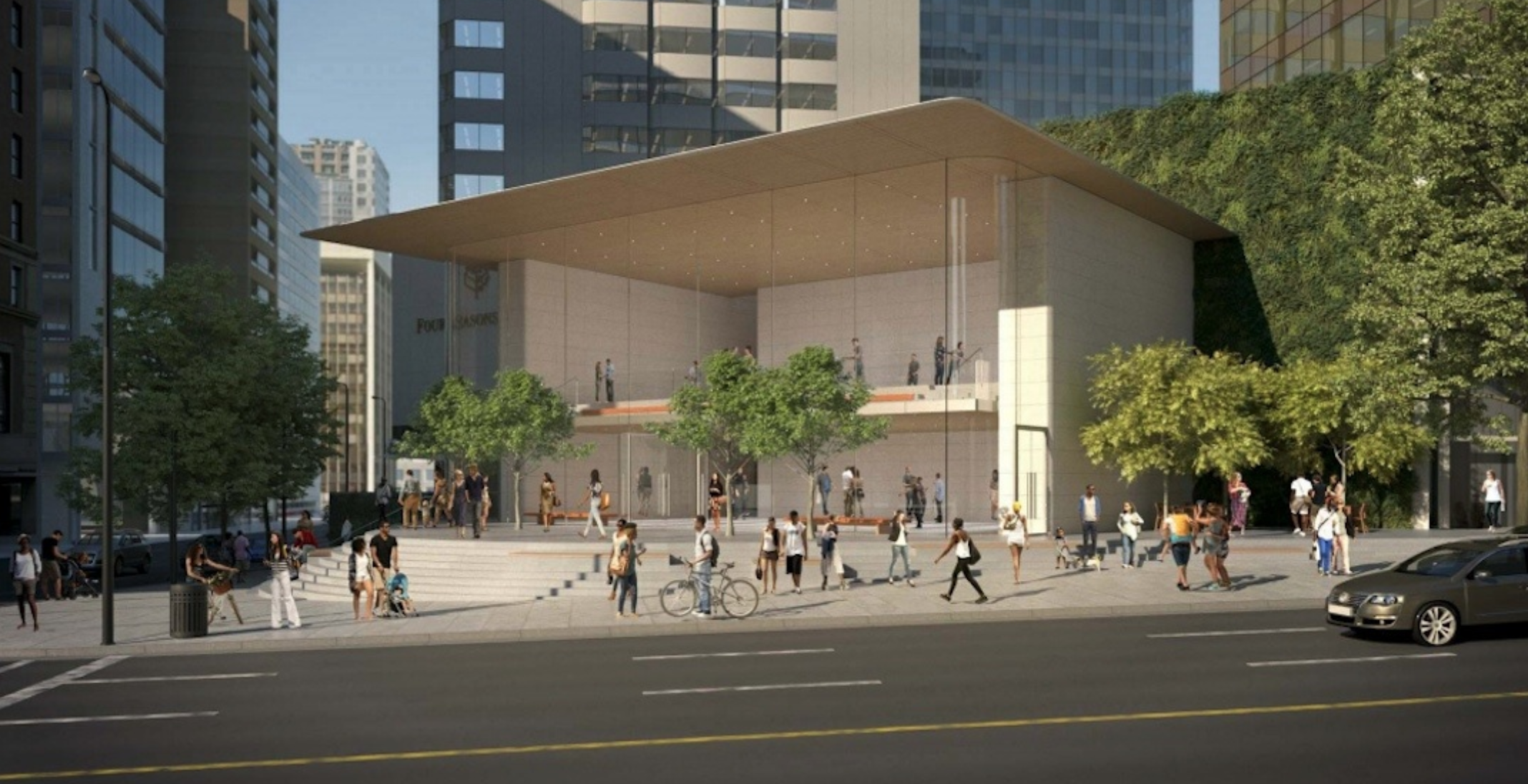 According to a new report from Business in Vancouver, the City of Vancouver’s Development Permit Board (DPB) passed a proposal to replace the CF Pacific Centre glass rotunda at 701 West Georgia Street — the northeast corner of the intersection of West Georgia Street and Howe Street — into a 14,000 square foot, two-story flagship Apple retail location.

“Most of the build-out happens within the plaza,” said Perkins + Will Canada senior architect David Goyne, who is the project manager. 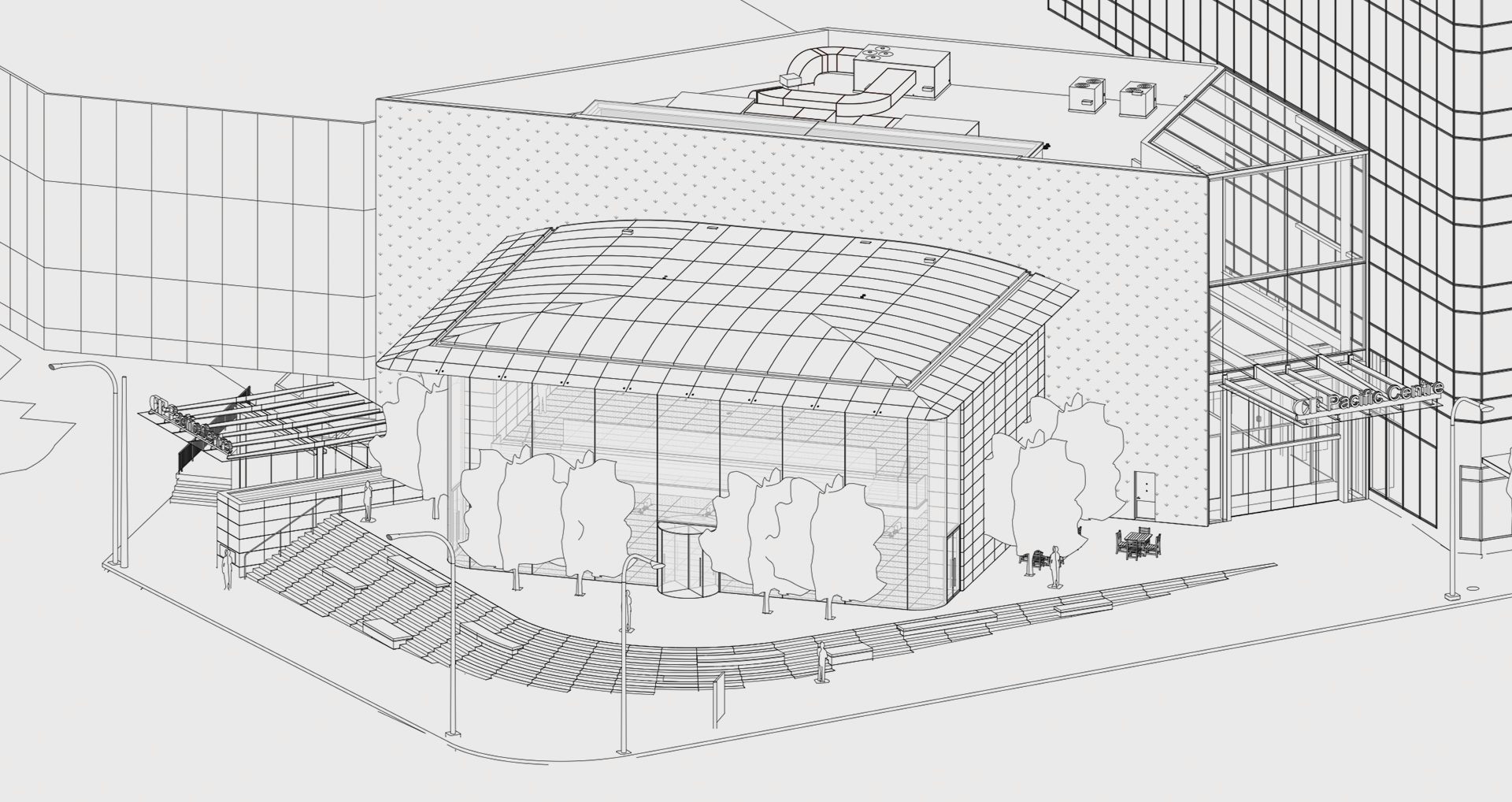 “Since our previous proposal, we’ve significantly reduced the amount of build-out on that site,” Goyne continued. “We’ve given a bit back to the public realm in terms of the amount of plaza space.”

The planned design of the Apple Store features a two-story glass facade and a massive metal cantilevered roof. The building itself will be rotated on a 45-degree angle to diagonally orient the store to face the Vancouver Art Gallery’s recently renovated North Plaza.

Materials that will be used in the building’s construction include grey limestone cladding, robust granite paving, wood soffits, low-iron glass, and metal-panel roofing, while the interior will feature stone walls, wood ceilings, and bench seating along the length of the windows of the second level.

Tonight, The Game Awards 2022 is being held in Los Angeles at the Microsoft Theatre. Thankfully, for those of us at home around the globe, host Geoff Keighley will be live streaming the event across many platforms. Each year, The Game Awards celebrates the last 12 months of gaming. Showing recognition to the hard-working developers...
Steve Vegvari
6 mins ago

The annual Reddit Recap is here and for 2022 and the most popular posts, communities and more on the site have been revealed, with data for Canada available as well. “With more than 100,000 active communities from around the world across Reddit, there are a lot of conversations happening in any given moment. So we […]
Gary Ng
6 mins ago

Celebrating the 10-year anniversary of The Hobbit: An Unexpected Journey, Airbnb is offering overnight stays at the iconic Hobbiton Movie Set in New Zealand. The Hobbiton set has become an illustrious destination for those travelling to New Zealand. Airbnb is kicking off its exclusive offer this month, which should satiate fans of J. R. R....
Steve Vegvari
18 mins ago