Apple Stores in the Greater Toronto Area Reopened Today, Here’s What it Was Like 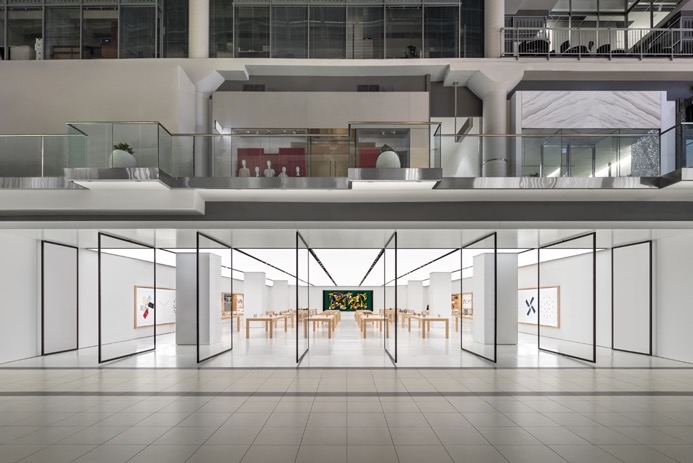 Apple Stores in the Greater Toronto Area have reopened today, completing the full scale reopening of the company’s retail stores across Canada.

iPhone in Canada reader @lee_gerry visited the Eaton Centre Apple Store and detailed the experience. According to Gerry, there were two lines outside the store—one for sales and another for service appointments.

Here’s a picture outside of the Eaton Centre Apple Store in Toronto shared by Gerry, with numbers people lined up today: 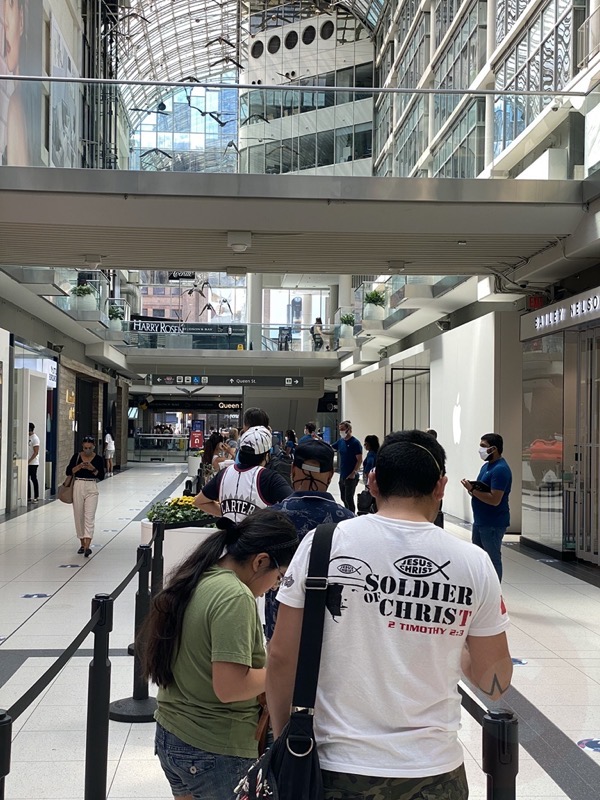 As previously stated by Apple, customers were screened with touchless temperature checks, while masks were provided for those not wearing one. Personal shoppers also attended to customers to assist them with purchasing items in store, which were limited to roughly 10 at the most, based on estimates, said Gerry.

Apple says it is taking “extra measures” to protect customers and staff, with continuous deep cleaning of stores, while encouraging social distancing between patrons.

While all Apple Stores in Canada have reopened, Apple had to shut down previously reopened stores in some states in the U.S. (Florida, Arizona, North Carolina and South Carolina), due to spikes in COVID-19 outbreaks.