The reference was spotted by iOS developer Guilherme Rambo, who noticed references to a 4K Apple TV with HDR, plus support for both HDR10 and Dolby Vision: 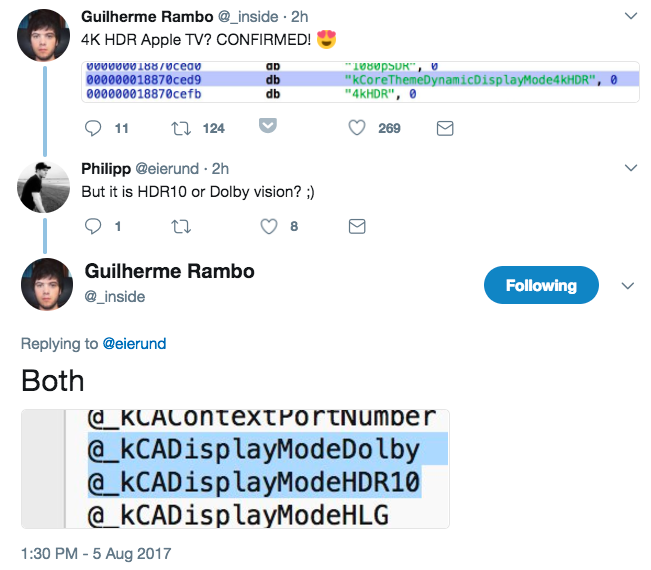 Last month, signs of a 4K Apple TV were theorized after iTunes purchase history for some customers noted listings in both 4K and HDR.

Apple’s current fourth-gen Apple TV does not support 4K, rather only 1080P.

Are you ready for a 4K Apple TV?