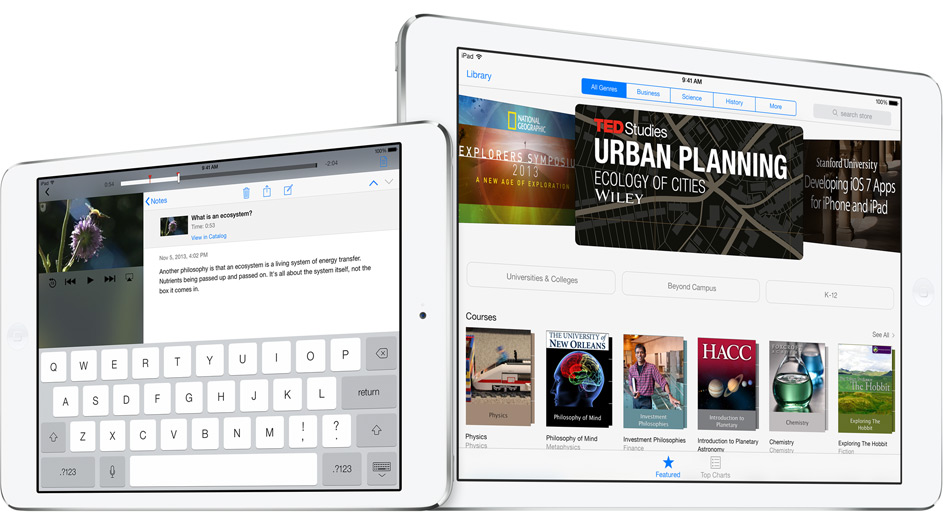 Today, Apple has launched a new version of iTunes U for the iPad. The latest version of the app includes plenty of new features that allows for better student-teacher interaction.

The new version of the app allows teachers to create entire courses on the iPad. The app now allows teachers to import content from iBook Author, iWork, and other educational apps. Apple has made it even easier for teachers to track the progress of their students within the app.

Teachers are not the only target for this update. Students now have the ability to collaborate with both teachers and other classmates. Users will also receive push notifications, alerting them when a new topic or comment is added.

Here is a full list of features included in the latest iTunes U update from Apple:

– Teachers can now create and update their courses using the iTunes U app on their iPad–getting started is fast, simple, and completely free

– Create materials using Pages, Numbers, and Keynote–or other apps from the App Store–and add them to your course by using “Open in iTunes U” from within each app

iTunes U for iPad is available as a free download from the App Store. Version 2.0 of the application for iPad was announced at the end of June.