The Apple Watch has continued its series of appearances in magazines around the world, this time in Elle Australia. The publication is the first in the country to feature the highly anticipated Apple wearable and stars the magazine’s fashion editor, Sara Smith.

The multi-page “Apple Watch tips” article aims to guide women on how to make the device work with their wardrobe. The article provides tips for wearing it on the weekend, to a cocktail party, and at work.

As the Elle Australia appearance suggests, Apple is being careful to emphasize that the Watch is a fashion item, so it wants readers to consider it trendy. While some of the features are highlighted, the article doesn’t focus too much on the second most appealing selling point, its health and fitness features. 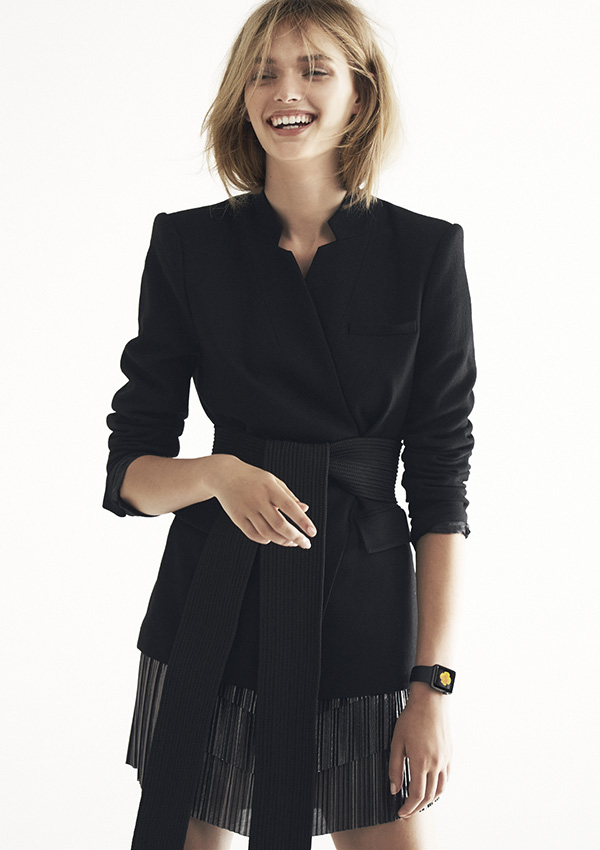 Meanwhile, ELLE’s editor-in-chief Justine Cullen took time out with Apple in San Francisco to road-test the watch and says, “I want one. I’m sad that the Edition version costs US$10K because it’s by far the prettiest, but I’m definitely a fan of the functionalities in the more accessible versions. I love the idea of having all the things you need to know – such as your next meeting – on your wrist at a glance. […]Is it going to change your life? Probably not in the way the iPhone did. But is it a fun new piece of arm candy that will look good on your wrist and impress the boys? Absolutely. Who hasn’t wanted to talk into their wristwatch, Get Smart-style?”

The Apple Watch will be available for pre-order on April 10 and in store on April 24 in nine countries.