Apple, finding itself in a bit of an iPhone rut, has also turned to healthcare and service in recent years in a bit for continued expansion, expanding its array of executives within the company, reads a new report from The Information. 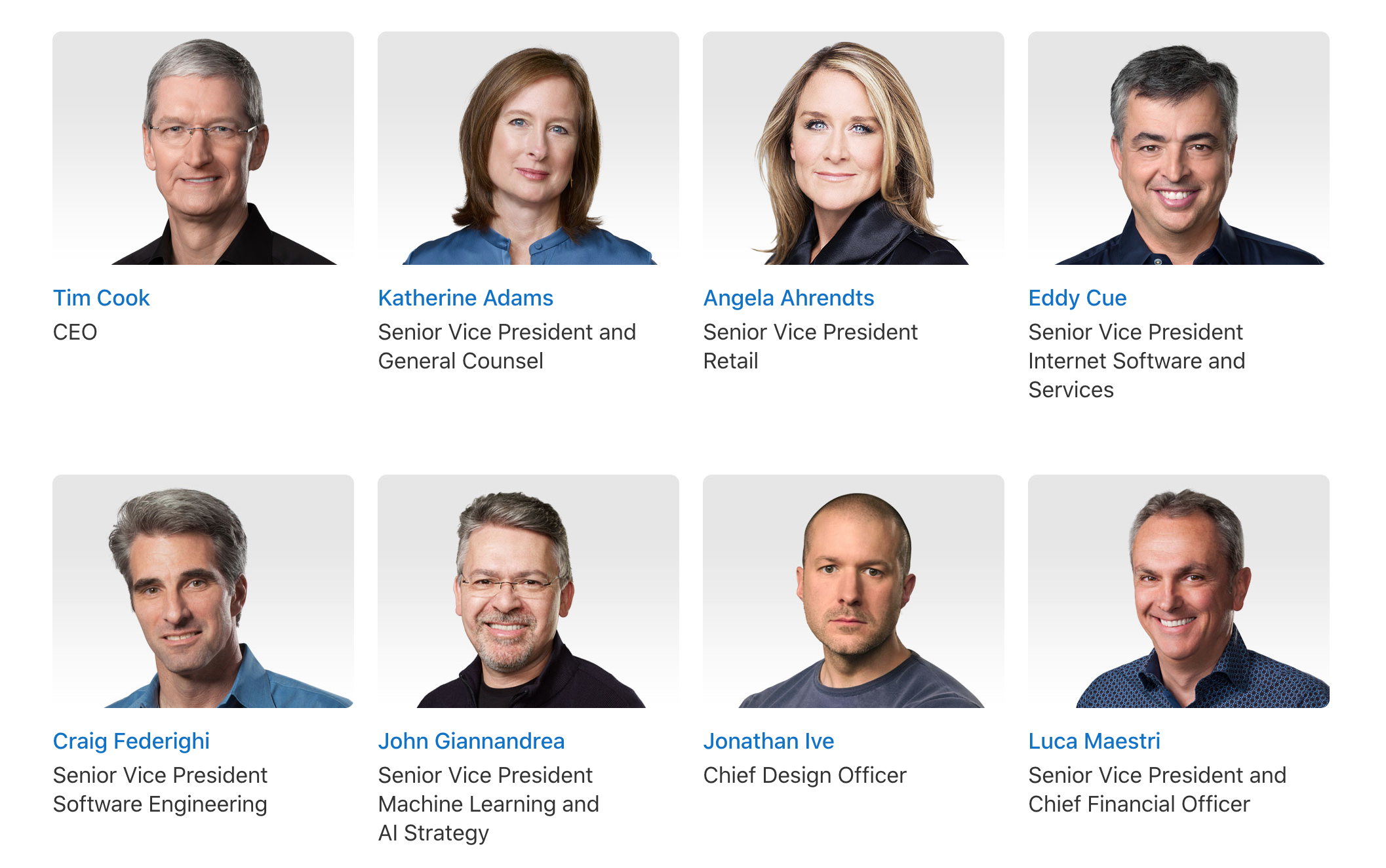 “Apple reinvents itself every 10 or so years,” said Gene Munster, the managing director at Loup Ventures, a venture capital firm. “A reinvention is going on now. It largely centers around services, including parts of AI, AR, and healthcare.”

Since taking over from the late Steve Jobs as Apple’s CEO, Tim Cook has added many new layers of management to the company structure, details the report:

According to The Information, that figure is actually higher than those of the CEOs for other top tech companies, including Facebook, Amazon, and Uber. As such, it’s easy to see that Apple has a lot more going on now under Tim Cook than it did in the Steve Jobs days.

The piece also acknowledges the drastically different leadership styles of Cook and Jobs; while Jobs was a “legendary control freak,” Cook is more of a “consensus-builder,” more likely to closely consult with his top brass than his predecessor. According to the report, Cook avoids meddling in product decisions, something that Jobs, on the other hand, tended to do frequently.

“What’s different today is that Tim is much more of a delegator,” said David Yoffie, a professor at the Harvard Business School who has studied Apple extensively. “Apple is a more traditional type of organization today relative to what it was under Steve.”

“One advantage to Mr. Cook’s approach is that relations between the company’s senior vice presidents are less politically volatile than they were in the Jobs era, said current and former employees,” reads the report. “When conflicts arise, Mr. Cook expects his lieutenants to resolve their differences. Mr. Jobs often picked sides and saw benefits to pitting executives against each other, they said.”

Most of Mr. Cook’s lieutenants are holdovers from the Jobs era. Jonathan Ive remains the head of its influential design group, with power over the look and feel of hardware and software. Jeff Williams occupies Mr. Cook’s former job as chief operating officer, with oversight of a team dedicated to a new Apple healthcare initiative.

In addition to the iPhone and other existing products, Dan Riccio, Apple’s hardware engineering chief, oversees experimental and risky new hardware bets like augmented reality, which could include a wearable device for overlaying digital imagery on users’ views of the physical world.

Within the augmented reality group beneath him are nearly a dozen leaders with expertise in hardware, software and content, with backgrounds working in places like DreamWorks Animation and Sony’s PlayStation games group.

[Schiller] holds considerable sway over Apple’s product roadmaps and can shoot down a project if he disapproves of it, they said. When the Spotlight search team was pitching a new feature in a meeting a few years ago, for example, one of Mr. Schiller’s lieutenants told the group that his response to the proposal was “NFW”—short for “no f***ing way.” The feature was shelved.

The report includes an informative chart showing the top 180 leaders and the current 132,000 employees at the Cupertino company. Interestingly enough, that number had more than doubled since Cook became CEO.