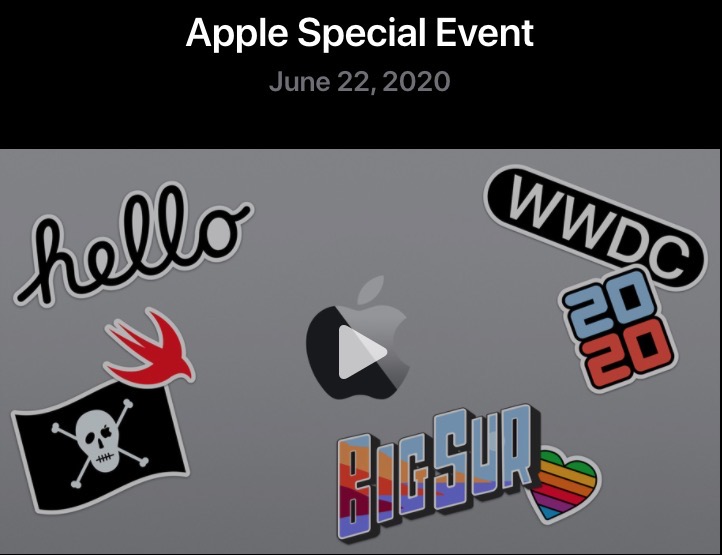 Apple today announced a preview of iOS 14, iPadOS 14, macOS Big Sur, watchOS 7 and more at its annual worldwide developers conference (WWDC). If you missed out on the WWDC 2020 keynote event, you can now watch a replay on Apple.com.

The event spans 1 hour and 48 minutes, with built-in chapter markers for iOS, iPadOS, watchOS, privacy, tvOS, macOS and Apple’s announcement of moving to its own silicon chips for the Mac.

Apple says, “This stream is best experienced on an iPhone, iPad, or iPod touch using Safari on iOS 12 or later; a Mac using Safari on macOS Mojave 10.14 or later; or a PC using Windows 10 and Microsoft Edge. Streaming to Apple TV via AirPlay requires an Apple TV (2nd generation or later) with the latest Apple TV software or tvOS. Other platforms may also be able to access the stream using recent versions of Chrome or Firefox (MSE, H.264, and AAC required).”