Apple’s VoiceOver Honoured By American Foundation for the Blind

The American Foundation for the Blind announced today that it will honour Apple for breakthroughs in accessible technology with a prestigious Helen Keller Achievement Award at a special gala scheduled in New York City on June 18. 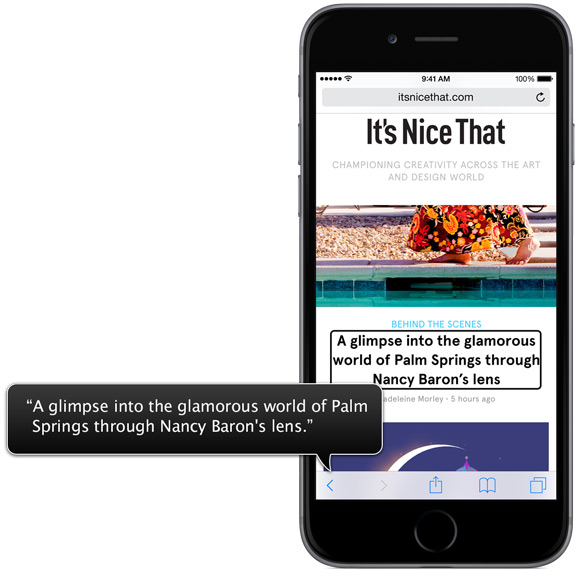 Alongside Apple, the AFB will also honour Charlie Cox a British actor, Ward Marston, a musician/recording engineer with vision loss, and VandaPharmaceuticals Inc. for pioneering treatment of a circadian rhythm disorder.

AFB is recognizing Apple for VoiceOver, a gesture-based screen reader that allows users to hear a description of everything happening on the display, and other features that make iPhone, iPad and other iOS devices accessible to people with vision loss. Apple received an AFB Access Award in 2009 for its trailblazing engineering of accessible products and continues its extraordinary efforts to make their products accessible for everyone.

Apple has taken important steps in making its devices accessible for people with disabilities. The Apple Watch was tested and reviewed by Molly Watt, who was born deaf and registered blind when she was 14. In her unique review of the Watch, she highlighted the accessibility features Apple has put into its devices.

Not everything is perfect, though. There are issues that need to be solved, as highlighted by the National Federation of the Blind: Apple could take a step forward and enforce accessibility standards in the App Store, they say.