Apple to Fix iPhone XS Selfie-Smoothing ‘Beautygate Bug’ with the Release of iOS 12.1

iOS 12.1 will improve selfie performance and eliminate the skin smoothing many users aren’t happy about on the iPhone XS, and XS Max.

Ever since the launch of the iPhone XS series, Apple has faced criticism from media and users about its front camera — specifically, many users have claimed that the device’s front camera smoothed out details in some selfies, leaving users’ skin looking unnaturally blurry.

While some refer to this issue as “Beautygate” as a reference to Samsung’s beautification features, Apple seems to be preparing a fix. Apple has confirmed to The Verge that the softened images captured by the iPhone XS and iPhone XS Max are due to a bug in the smart HDR algorithm used in these new cameras. The iPhone maker confirms iOS 12.1 update will fix the bug, resulting in less smoothing of selfies shot on the iPhone.

A new iPhone XS camera feature called Smart HDR uses multiple exposures to create a composite image, a process that sometimes reduces color detail, reads the report. But Apple has confirmed that the feature isn’t working as intended on the front camera — it was sometimes choosing a blurrier base frame for its compositing process, leading to softer-looking images. 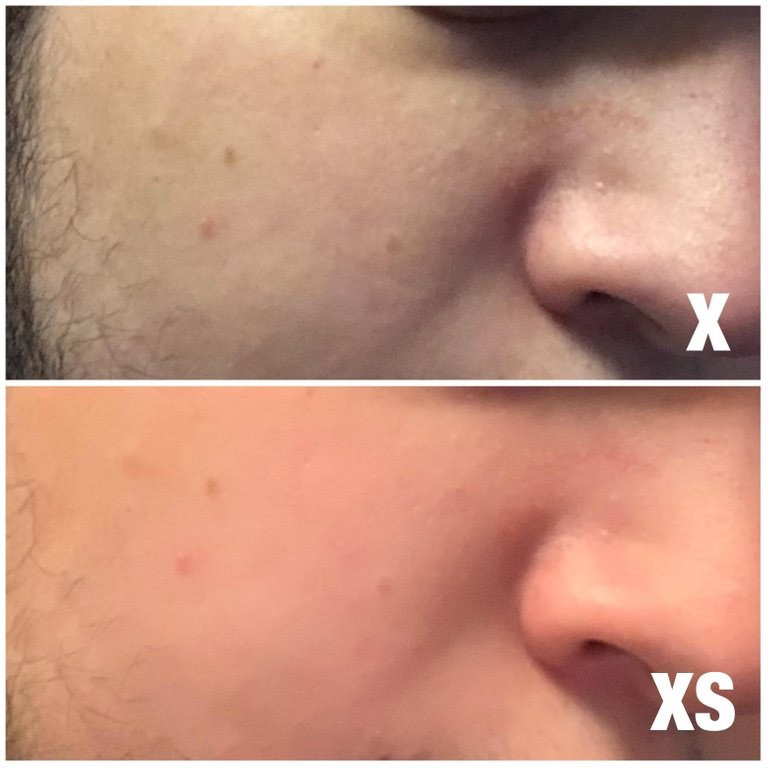 “Essentially, Smart HDR was choosing the wrong base frame for HDR processing when you took a selfie,” reads the report. “Instead of choosing a frame with a short shutter speed to freeze motion and preserve detail, it would sometimes choose a frame with longer shutter speed. The front camera also does not have optical image stabilization, so it takes blurrier shots at the same shutter speed as the rear, stabilized camera. The result is a loss of detail that looks like smoothing on the front camera.”

The remedy in iOS 12.1 will apparently select the sharpest base frame for selfies, leading to added detail in images shot with the front-facing camera. iOS 12.1 is currently in the beta phase and will be released shortly, so be sure to stay tuned for more details.