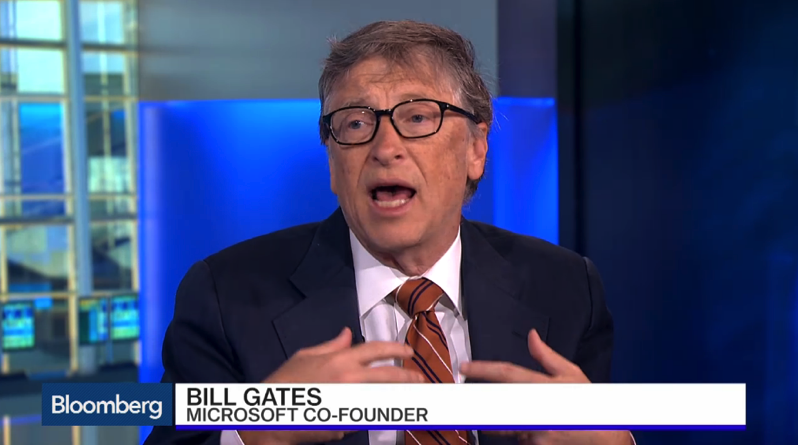 After his interview with the Financial Times went live, Bill Gates has been disappointed to see the avalanche of headlines stating he is siding with the FBI in the San Bernardino gunman’s iPhone case.

So this morning he joined Bloomberg reporters for an interview to get his message right:

“That doesn’t state my view on this. I do believe that with the right safeguards, there are cases where the government, on our behalf, such as stopping terrorism, which could get worse in the future . . . is valuable.”

“I do believe that there are sets of safeguards where I believe the government shouldn’t have to be completely blind,” he added, emphasizing that he hopes the discussion on privacy will evolve. Such issues will be discussed in Congress (see the Patriot Act), but overall he pointed to the need for a balance which can be achieved by rules which limit access to information.

You may recall from earlier reports that the FBI is asking Apple to circumvent its own security system by developing special software for the purpose. Apple challenged the order and says it won’t do it. The FBI says it is just for this specific iPhone involved in the San Bernardino terrorist action resulting in 14 deaths and another 22 injured, but Apple believes this would be used countless times if it complies with the FBI’s and the court’s demands.

A recent Wall Street Journal report sheds light on a few other cases where law enforcement agencies have forced Apple to open iPhones thanks to the All Writs Act.