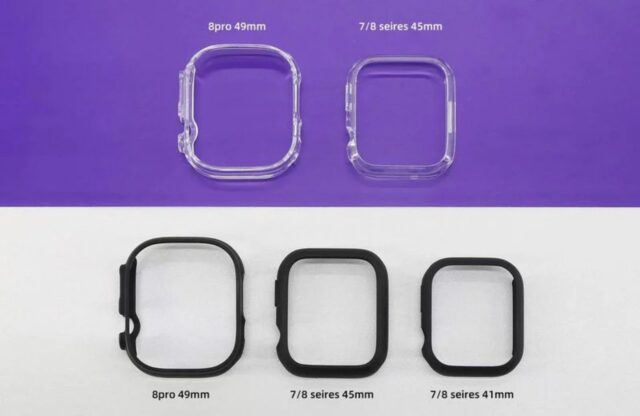 With Apple’s September event just on the horizon, even more info regarding the supposed Apple Watch Pro is coming to light. As per recent reports, the premium model of Apple’s wearable is said to have a larger display and thus sports a 49mm case size. New images show the comparison between the Apple Watch Pro case and the Series 7/8 models, providing further context.

Dickson recently offered a look at a wide variety of supposed cases for the long-rumoured Apple Watch Pro. Most interesting is the apparent addition of a new button. On the opposite side of the digital crown, two cutouts can be seen. Initially, it appeared as though two buttons were meant to be present on the left side of the device. However, leaked CAD renders show that the Apple Watch Pro supports a vent for the audio speaker. The utility of the extra button is still unknown.

We’ll certainly know more this week as Apple’s iPhone 14 event is on Wednesday, September 7th. Reports claim that the device will support an enhanced fitness tracking feature, a body temperature sensor, and a better battery, according to Bloomberg’s Mark Gurman. Plus, with all these high-end features, analysts believe the device may run upwards of $900-999 USD (roughly $1,183 CAD). Though, we’ll know for certain once Apple announces the product.